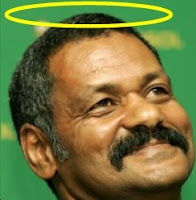 If proof were ever needed that to be an international rugby coach you need to be as mad as a box of snakes with an ego the size of an elephant, may I refer you to the lastest comments from Springbok coach Peter de Villiers following today's 53-8 thrashing of Australia...

"If they [his detractors] can become patriotic and believe in what's happening in South Africa and not look for their honey outside of the borders and offer support (rather) than stomping on people who gave them hours and hours of joy last year and this year, we as a nation will grow much better," he said.
"The same people who threw their robes on the ground when Jesus rode on a donkey were the same people who crowned him and hit him with sticks and stuff like that, and were the same people who said afterwards how we shouldn't have done that, he's the son of God."
"So that's exactly what we do. You have to look at history is repeating itself, and I'm not saying that I'm God."
Errr...so what exactly are you saying Peter?
Posted by Total Flanker at 17:25

Maybe he’s scared that as soon as they lose a game he’ll be crucified.

OK, most of them are, but this guy takes the comic act to new levels. And he does it with a squeaky voice too, so he gets bonus marks there.