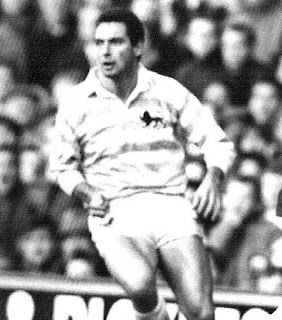 A few words on what was a pretty harrowing afternoon yesterday. Paul Beard’s memorial service was very, very special indeed, with around 650 people packed into St. Peter’s Church in Berkhamsted (not bad for a confirmed atheist) to hear some poignant and moving tributes and to belt out a few classic hymns – including a stirring rendition of Jerusalem, naturally.

There was barely a dry eye in the house, especially when each of Beardy’s three children (10, 12 and 14) stood up to say their piece. The fact that they held themselves together so well was truly inspirational and they were an absolute credit to Paul and his wife Carolyn.

Afterwards The Boat pub did a roaring trade as several pints were quaffed, old acquaintances renewed and stories swapped. An astounding number of people had made the effort to be there, some flying in from as far away as Australia, Singapore, China and the States. A fantastic effort and a mark of the high regard in which Paul was held by all.

A special mention must go to Chris Moore, erstwhile St. John’s fly half and Beardy’s best man and best mate. His speech at the service was just top drawer – humorous, witty, anecdotal and yet full of poignancy – and was eloquently delivered whilst holding in what must have been huge torrents of emotion. Well done, mate – I’ve no idea how you managed it.

All in all, then, an emotional and raw experience but one that was totally worthwhile.

Cheers Beardy – this hangover’s on you…
Posted by Total Flanker at 15:01

Glad to hear that the service was worthy of a man who sounds like a very decent guy.

I could not imagine being able to hold it together for either my mom or my dad's funeral had I lost them at such a tender age as these children. To be able to speak at the funeral and in front of so many people, well, their parents must have done something right in raising them. That took a lot of courage for them.

Sorry again for the loss of your mate.