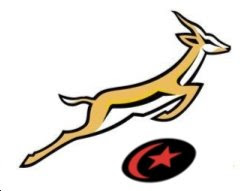 What the hell is going on at Saracens?

Just when it seemed as if my local professional club in Watford had achieved some degree of stability after years of flux, it appears that they are now back in a state of chronic instability with the news that next season's head coach, former Springbok Brendan Ventner, turned up at the club this week to deliver the bombshell to some 18 members of the current playing squad that their services will not be required next season.

The idea appears to be that the jettisoned players will be replaced by (arguably cheaper) imports from South Africa and those surplus to requirements are said to include All Black lock Chris Jack, last season's Premiership player of the season Glen Jackson and, more worryingly for Sarries fans, long-serving loyal servants of the club such as Nick Lloyd, Kevin Sorrell and Ben Skirving.

The club has attempted to spin this week's events as being nothing more than good management - telling the players the position now, they say, gives the players more time to arrange contracts for next season. Although that may be the case, I'm pretty sure that the majority of loyal Fez-heads will be appalled by these developments.

Not only have they lost yet another director of rugby in Eddie Jones (who leaves at the end of the season), they also now have to face the probability of their beloved Sarries being turned into some kind of South African satellite club.

Rumours of a move from Watford to Fulham, a home from home for Sarfie expats, are rife and it may be that, having alienated the loyal support that the club has worked so hard to build through its community links with local schools and rugby clubs in Watford and the surrounding area, the new regime will have little option but to head elsewhere to find itself a new audience - a risky strategy, despite the substantial South African population in SW London.

So, can anything be done? Calls for a quota of overseas players per club are a non-starter, the Kolpak ruling meaning that South Africans are treated as EU residents for the purposes of European Law and therefore cannot be restricted from working in EU countries.

What I would like to see, as a start, is for Premier Rugby to abandon its umbrella funding policy whereby it distributes the cash received from the RFU under the EPS agreement equally among its member clubs. Those clubs that produce England players should be rewarded - those that decide to rely on foreign talent should simply be left to fend for themselves. Yes, there's a danger that certain clubs will prosper more than others and such a move will be of little comfort to Sarries fans in the short term, but it's about time Premier Rugby grew a pair and showed some leadership on this issue.
Meanwhile Eddie Jones faces the near impossible job of trying to coach a bunch of entirely demotivated players through to the end of the season.
Posted by Total Flanker at 18:23