So, a two-year ban for Matt Stevens. A tad harsh I feel, given that cocaine clearly isn't a performance enhancing drug and you only have to look at his performances for England in the autumn for evidence of that (although it's anyone's guess what the rest of the team's excuse was).
However, with previous miscreants Jason Keyter and Wendell Sailor both ending up with 2 year bans there was clearly a precedent for such a decision. Two years away from the sport could well be career-ending - and it hardly helps his rehabilitation that he won't even be allowed to coach youngsters, if I understand the ban correctly. 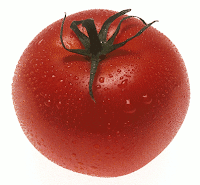 Mind you, someone ought to be testing whatever Brian O'Driscoll has been drinking of late.
"Knowledge is knowing that tomato is a fruit, while wisdom is knowing not to put it in a fruit salad," he said, when questioned about Martin Johnson.

Eric Cantona would have been proud.
Posted by Total Flanker at 18:32