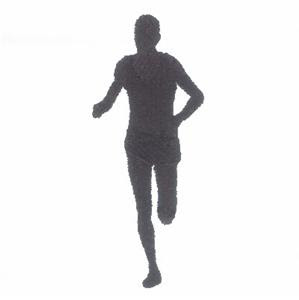 Warning: There follows a post which is entirely non-rugby related...

I woke up this morning, pulled back the curtains and, with the sun streaming in through the windows, thought: "What a beautiful day for driving to Berkshire to compete in the Wargrave 10km charity road race."
Actually that's not quite true. The only word that leapt into my mind when I saw the weather this morning was (knowing what was ahead of me): "Bugger."
Let's get one thing straight - at my current fighting weight of over 16 stone I am SO not built for distance running. If I'm honest, even when my physique has been a little more svelt, pounding the roads for mile after mile has never been one of my more favourite pursuits. Eight years ago I did train my arse off for 3 months so that I could run the London Marathon - but, whereas there are those who are inspired to go back and run marathons year after year, I have stuck to my vow of "never again" with the utmost dedication - the problem being that, in the intervening 8 year period, I have taken the vow to such an extreme that I've done precious little road running at all, and certainly nothing on a regular basis.
So, when it was mooted at work that we put together a team of runners for this little event I thought "why not?" That was some 4 months ago - plenty of time to get out there and do some serious roadwork and get myself in shape, I thought. Then in the blink of an eye there were 3 months to go, then 2, then 1 and before I knew it there were 2 weeks left, by which time it was fairly pointless to begin any serious training. That's not to say I'd done nothing - a few sporadic runs, a bit of circuit training and plenty of touch rugby meant that I was deluded enough to think I'd be fine.
As things turned out, and somewhat unsurprisingly, it was bloody hard work. The consensus was that the 7km to 8km bit was quite tough - but, with the heat and the hills and the fact that it felt like I was pulling along a giant tyre behind me, my conclusion was that the 1km to 10km stretch was the probably worst part.
In the end I finished in just under 1 hour and 10 minutes which, given the pace at which I plod, I was relatively pleased with. Afterwards I was handed various leaflets advertising various forthcoming 10km and half-marathon races which have found their way, unread, into the recycling bin.
Would I do it again? You know what, I probably would.
Posted by Total Flanker at 16:57

You're a better man than I, Gunga Din.