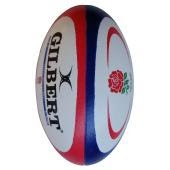 The RFU and Team England Rugby have this week settled the pay dispute that threatened to undermine next month's tour of Australia and New Zealand.

The two parties have accepted the recommendations of an independent arbitrator brought in to review the matter.

The settlement finally brings to a close a dispute which has been ongoing for nearly seven years, during which time the England players have, to all intents and purposes, withdrawn their labour.
Posted by Total Flanker at 08:20

Thank god for that, I knew there must be a good reason for the poor results - it couldn't be down to lack of talent. :o)