Not the Royal Wedding 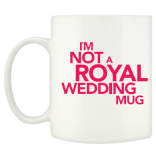 Not being the monarchy's biggest fan and being a fully paid-up member of the Grumpy Old Gits Society, I shall not be spending my additional day off work glued to the TV watching today's pantomime, nor shall I be attending any street party or equivalent celebration (largely due to to the fact that I haven't been invited to any).

Instead I intend beginning the long and winding road back to being a superfit athlete (or at least to not being a sedentary lard-arse).

Recent attempts at getting in shape have amounted to very little. I did, however, manage a few early morning jogs along Holmes Beach on Anna Maria Island in Florida last week with seagulls circling above (or were they vultures?), but with another Touch Rugby 'season' on the imminent horizon I have little choice but to shake off the jet lag and venture forth to the unfamiliar environs of the gym.

Desperate times and all that...
Posted by Total Flanker at 08:32 No comments: Links to this post 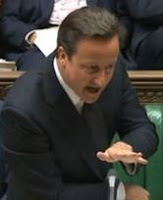 I don't know, I go away for a couple of weeks and seemingly all hell breaks loose.

First I read that my favourite orange person is in the process of being fired by Toulon after proving that he has the drinking capacity of small gerbil called Gerald. After allegedly drunkenly slagging off certain esteemed team mates following Toulon's recent victory over Toulouse and earning himself a slap from Aussie scrum half Matt Henjak, the club's president, Mourad Boudjellal, has decided that the artist formerly known as Gavin Church is “difficult to manage.” No shit, Sherlock.

I then noted that another orange Welshman and M4 buggy-meister, Andy Powell, earlier this month managed to get himself suspended by Wasps following a pub brawl with QPR football supporters following which he lost two pints of blood and received 10 stitches in a head wound after being struck by a bar stool. And, to make it a hat-trick for the Welsh, I saw that lock Bradley Davies had been arrested following a fight involving over 30 people outside a Pembrokeshire pub.

Not to be outdone and doing her bit both for her country and for the fairer sex, I read that England under 20 flanker, Kayleigh Callaway-Bawden, was convicted this month of criminal damage and resisting arrest after a cider-fuelled rampage in which she smashed a window and swore and spat at police officers called to arrest her (and, once handcuffed, apparently still tried to ­headbutt the ground!!).

Perhaps I'm feeling a little too chilled following my holiday but, in the words immortalised by Michael Winner and David Cameron, all I can say to each of them is CALM DOWN DEAR!
Posted by Total Flanker at 17:58 No comments: Links to this post 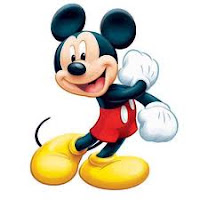 Just a quickie to let you know that Total Flanker will be "off-air" for the next couple of weeks as I, together with Mrs F and the two little Fs, head out to Florida for a week's hell fun in various Disney parks, followed by a week chilling out on the Gulf Coast.

I'll miss you all terribly...
Posted by Total Flanker at 19:11 3 comments: Links to this post

Like the Quinnell family, I am somewhat shocked by the Welsh Rugby Union's decision to drop a citing complaint over an incident that led to Gavin Quinnell losing the sight of one eye.

The incident occurred last October when Quinnell was playing for Llanelli against Cross Keys, following which an unnamed Cross Keys player was arrested by Gwent Police. After the Crown Prosecution Service decided not to bring charges the matter was investigated by the WRU who this week came up with the following statement:

"The WRU disciplinary panel did not uphold the citing and a subsequent appeal lodged by Llanelli RFC was dismissed by the WRU appeal panel."

Not good enough. As far as I am aware, the WRU have given no reasons for their decision. Is it a question of insufficient proof (which in itself is a sorry state of affairs), or was Quinnell in some way culpable?

Whatever the reasons, this is a career ending injury for a 26 year old and the WRU owe Quinnell and his family somewhat more than this terse statement.

Meanwhile I see that Mark Cueto has been cited for making contact with the 'eye or eye area' of Northampton lock Christian Day last weekend. TV pictures show Cueto pushing his fingers into Day's face (near the eyes) during a fight in Saturday's Premiership match. Cueto will find out his fate on Monday and faces a minimum 12 week suspension if found guilty. My question, however, is this:

What on earth was he doing fighting with a 2nd row?
Posted by Total Flanker at 18:50 2 comments: Links to this post

So, Wayne Rooney dementedly yells  #~@* OFF! into a TV camera (why he was so angry after scoring a hat trick is anyone’s guess) and we are plunged once again into debating the respective merits of association and rugby football.

With the Football Association desperately trying to breath life into its “Respect” campaign – designed at reducing the ridiculous levels of dissent from players towards referees – commentators are quick to compare the on-field actions of professional footballers with their rugby playing counterparts. Why, they ask, can’t football be like rugby, where respect for the referee is paramount, where there is no dissent and where only the team captains are permitted to ‘clarify’ refereeing decisions?

Methinks such commentators are living in cloud cuckoo land. Perhaps, just perhaps, such a utopian scenario once existed but, while not yet at the levels of angrily surrounding and intimidating match officials as is commonly witnessed in football, rugby players are by no means faultless when it comes to their relationship with referees. At the professional level cheating (in the form of getting away with whatever you can) is rife, as is more or less constant chat from players attempting to influence decisions. Open dissent is less common (although not unheard of) from players, but it is now almost expected that a team’s coach will indulge in pre-match attempts to influence the referee and post match criticism of the referee’s decisions.

At grassroots level it is perhaps even worse. Certainly since I laced up my boots again in 2007 I’ve noticed a far greater antipathy towards referees from players in general and most matches I’ve played have been accompanied by a continuous soundtrack of moans, complaints and backchat.

So, while I’m not suggesting for one moment that a rugby referee’s problems are at the levels experienced by his football equivalent, let’s not kid ourselves that everything in the rugby garden is coming up roses. What’s going on in rugby isn’t great and, unless we’re careful, might just end up being the thin end of the wedge.
Posted by Total Flanker at 18:11 2 comments: Links to this post

...it looks as if Six Nations trips to Rome are a thing of the past now that the Italian Rugby Federation, having fallen out with the owners of Rome's Stadio Flaminio, has decided to move matches to Florence.

A lack of progress in improving the Stadio Flaminio's ageing facilities seems to be the reason for the decision, a decision which is disappointing for 2 reasons:

(1) at least from the comfort of my armchair the atmosphere inside the Stadio Flaminio always looks great; and;
(2) I have yet to watch a rugby international in Rome, and a trip in the next few years was certainly in the back of my mind.

So, whilst I would have appreciated the Italian Rugby Federation consulting me before taking such drastic action, it does look as if I might have to content myself with a trip to the Stadio Artemio Franchi in Florence instead. I can think of worse places to go...
Posted by Total Flanker at 18:30 2 comments: Links to this post

...to John Birch who, after 5 years' labour of love, has recorded the results of every women’s rugby international ever played, all 875 of them...

Click here to find out more.
Posted by Total Flanker at 09:38 No comments: Links to this post

Crikey. The issue of rugby players' off-field behaviour is, it seems, a little bit more extreme in South Africa where 34 year old ex-Blue Bulls flanker, Joseph Ntshongwana, appeared in court in Durban this week charged with three counts of murder, one of attempted murder and one of assault with intent to do grievous bodily harm.

According to reports the former Blue Bull embarked on a two-week killing spree, hacking three men to death with an axe (one victim allegedly being completely decapitated) and trying to kill a fourth.

The case follows that of another former Blue Bull, prop Bees Roux, who was charged last August with beating police officer Ntshimane Mogale to death after having been pulled over on suspicion of drink driving.

All of which, I guess, puts Mr Foden's little spat with a taxi driver into some sort of perspective...
Posted by Total Flanker at 12:38 2 comments: Links to this post

I have to say I was flabbergasted to hear the news coming out of Twickenham this week that the RFU is giving serious consideration to entering a team in next season’s Super Rugby competition.

The audacious plan is the brainchild of new RFU CEO John Steele, who has been looking into the feasibility of such a move since his appointment in June last year. It is, however, the commercial success of last Sunday’s Crusaders v Sharks match at HQ, organised to raise funds for victims of the recent Christchurch earthquake, that appears to have accelerated the plans for a London-based franchise (with a working title, it is believed, of the “Northern Lights") to play in the elite southern hemisphere competition .

The basis of the proposal, which is expected to be discussed at length by the RFU Management Board sitting in emergency session at lunchtime today, is that the RFU will centrally contract a number of English-qualified players, many of whom, it is believed, will have southern hemisphere origins.

The idea is that not only will the RFU have solved the issue of player control overnight, they will also be exposing English qualified players on a regular basis to what is perceived to be a higher quality of rugby than the Aviva Premiership, while also fast-tracking southern hemisphere players into the England Elite Player Squad at the earliest opportunity.

It is anticipated that current England squad members whose club contracts are due to expire in the next 12 months will be the first to sign up, whilst early indications are that former England and Lions supremo Sir Clive Woodward will be asked to be the new franchise’s Director of Rugby and that several southern hemisphere Rugby League players, currently plying their trade in Superleague, have been identified and approached. It is also thought that discussions are already taking place between the RFU and Melbourne Rebels for the release of Danny Cipriani from his contract.

If the proposal is approved by the RFU it is expected that it will be rubber stamped by SANZAR, who are rarely known to look a gift horse in the mouth.
Posted by Total Flanker at 00:02 6 comments: Links to this post