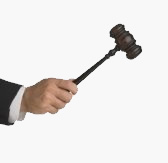 Mike Tindall’s removal from the squad is utterly pointless given that his England career was almost certainly over in any event , given that the night out in Queenstown was authorised by management, the £25k fine is just barmy. Talk about an expensive night out. I’d be straight on the blower to my solicitor.
Meanwhile the suspended £5k fine levied against each of Ashton James Haskell for inappropriate banter with a hotel maid in is somewhat bizarre given that the RFU inquest concluded that the allegations of serious wrong-doing were “entirely false”. Go figure.

I'm sure, however, that it will be of great comfort to the players that they have the right to appeal to the recently-ousted RFU acting chief executive, Martyn Thomas. Or maybe not.
Posted by Total Flanker at 17:57

25K smacks of rear view mirror management. Being tough after the fact. If Andrews had any experience he would know that just makes him look ineffective.

Whilst never an out & out fan of Tindall, due to his limited capabilities, you could never question his effort & commitment on the park. He was goof enough to win RWC & 6N for Eng & step in as stand in skipper on many an occasion. Post RWC03 when the world was collapsing around England he was one of the stalwarts that tried to keep it together.

He didn't abuse anybody, hurt anybody or do anything illegal in Queenstown. He did show poor leadership & judgement.

To use him as a scapegoat to cover up for managerial shortcomings is a disgrace. Andrews is using the well worn cloth of Tindalls career to try and burnish his own standing. But as we all know you can't polish a turd.