The dragon before the cartel... 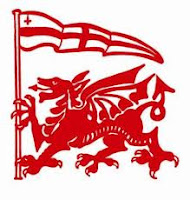 The decision to deny London Welsh promotion to the Premiership (should they complete victory over Cornish Pirates) sits rather uneasily with me.

One the one hand I am firmly of the opinion that the professional game simply cannot support 24 professional clubs in the Premiership and Championship (and, indeed, it's not that long ago that London Welsh were in administration) and I remain unconvinced that promotion and relegation in its current form is a sustainable model going forward (despite the utterly convincing case presented by Exeter).

On the other hand it is becoming increasingly obvious that there is now a cartel of self-interested Premiership (and a couple of Championship) clubs who receive favourable treatment and disproportionate RFU funding designed to make the rich richer and the poor poorer.

Not only are the majority of these clubs still unprofitable (despite the huge financial advantages they enjoy), many do not even meet their own criteria for being in the Premiership, a point that hasn’t gone unnoticed by London Welsh.

That Exeter have somehow managed to gatecrash this party is nothing short of miraculous. Whether London Welsh manage to do the same remains to be seen. History, sadly, would suggest not.
Posted by Total Flanker at 22:10