A question of eligibility (again)

The ridiculous nature of rugby’s international eligilibility rules has been thrown into sharp focus by news that former England flanker Hendre Fourie must return to South Africa because he cannot get a visa to remain in England, having been forced to retire last week with a shoulder injury. 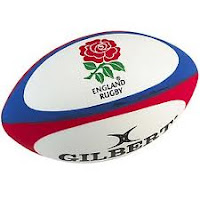 According to Fourie, he is being treated worse than a terrorist – which may be just a tad over-dramatic, perhaps, but it does strike me as somewhat ludicrous that someone is deemed qualified to represent England at rugby and yet is not deemed qualified to continue living and working here once retired from the sport.

I’ve had my say on the international eligibility rules before and have particular disdain for both the 3 year residency and grandparent rules – a view, it seems, that is shared by a certain Nick Easter. The Quins number eight’s ire, expressed in a Sunday Times interview this weekend, is aimed at the continued selection by England of players who were “born, educated and learnt their rugby somewhere else," although I suspect that his main beef is his continuing omission from the England squad in favour of the palpably inferior Thomas Waldrom.

Well he isn't far off!Contributes to the economy, tax system and NHS, gets kicked out. Abu qatada links with terrorism, stays!

This news is incredibly sad given what he has contributed, but don't you think the eligibility rules in rugby are very lenient?
Richart Strauss is representing Ireland after only 3 years of residency, not that I don't appreciate his services at the Aviva Stadium.
Surly a player should have citizenship of a country before being allowed to represent it, therefore removing the right of deportation by the powers that be once they have nothing more to offer in their field.