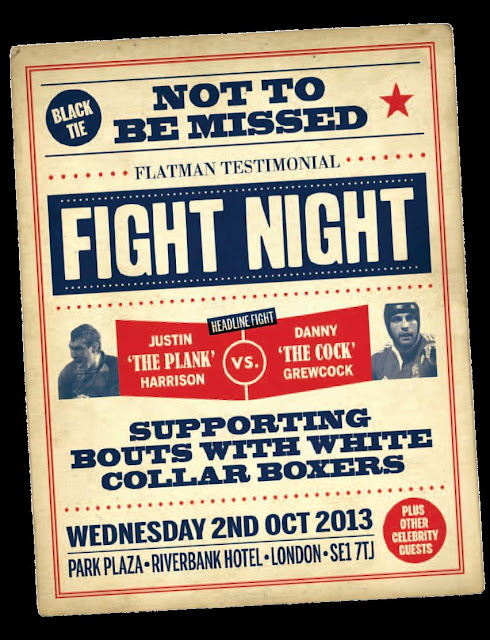 Stumbled across this intriguing story this week - as part of former Bath & England prop David Flatman's testimonial year he is staging an “Ashes” boxing match in London between ex-England enforcer Danny Grewcock (described by Flatman as "probably world rugby's most violent individual ever") and controversial ex-Wallaby lock Justin Harrison.

According to Flatman he only considered having a testimonial after a conversation with a British soldier whose legs had been blown off in Afghanistan in which he was reminded that "Your testimonial dinner could pay for my next set of legs."

This blog has been a big fan of David Flatman - both as a vastly underrated prop and as an insightful and witty columnist for The Independent newspaper - and this event goes to prove what a very decent bloke he is too. A big hand also for Messrs Grewcock and Harrison and others taking part for supporting the charities and their old mate in this way.


Further details at: davidflatmantestimonial.com.
Posted by Total Flanker at 09:23 No comments: Links to this post 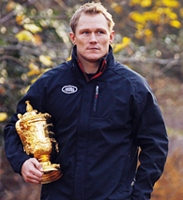 We now know why former England fullback and RWC 2003 winner Josh Lewsey has stepped down from his role as acting chief executive at Cornish Pirates – he is jumping ship and taking up a role as the Welsh Rugby Union’s new Head of Rugby.

Lewsey joins the executive board of the WRU and will apparently have operational and strategic control of the whole game in Wales from grassroots to elite level (apart from the senior national squad).

His mother may well be Welsh, but that’s no excuse. Lewsey, capped 55 times by England and who completed officer training at the Royal Military Academy in Sandhurst, knows the penalty for desertion.

Unless, of course, he's a double agent...?
Posted by Total Flanker at 19:32 No comments: Links to this post

From the sublime to the ridiculous…we turn to the fate of another (but perhaps not quite so well respected) Welsh no.10...


Following his beer-fuelled dust up with Bath colleague Carl Fearns in the Pig & Fiddle last month, the artist formerly known as Gavin Church appears to be on yet another final warning.
Bath head coach Mike Ford is this week quoted to have said: “Basically he knows he can't be found with another drink in his hand."
Some 2 years ago I posted the below pic following similar antics at Toulon. 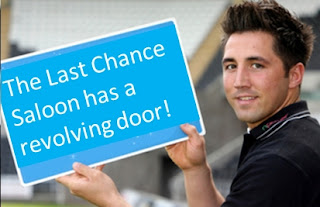 Plus ça change.
Posted by Total Flanker at 00:02 No comments: Links to this post

Sad to hear of the death of Cliff Morgan, aged 83, after a long illness.

Not only was Morgan a fine fly-half for Cardiff, Wales and the Lions, he also went on to become one of the UK’s most respected broadcasters and is perhaps best known for being the TV commentator for the most famous try in history – Gareth Edwards’ opening try for the BaaBaas against the All Blacks in 1973: 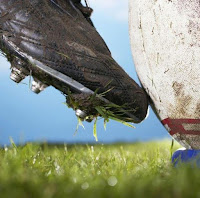 Back from my hols – have you missed me? Thought not.

Not much appears to have happened in my absence…

- the All Blacks’ dismissal of the Aussies whilst appearing rarely to get out of 2nd gear puts the Lions’ achievements this Summer into perspective somewhat;

- Worcester players seem to have had a lucky escape last week after their team bus caught fire on the M5 on their way to a friendly against the Ospreys;

- Canada have qualified for RWC 2015 having beaten the US over 2 legs. I saw some of the 1st match on TV at my cousin's house in Toronto whilst on holiday but sadly was flying home during the 2nd leg in Toronto on Saturday; and finally

- Danny Cipriani’s name continues to feature in the tabloids with ex-fling Katie Price referring to him as “Danny Chipolata" in her column in The Sun for not very flattering reasons. Not sure it’s a nickname that will stick 😂
Posted by Total Flanker at 19:24 No comments: Links to this post 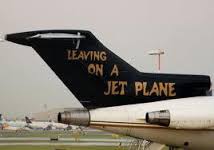 Off on hols with the family for a couple of weeks so unlikely to be adding to my inane drivel any time soon...
Posted by Total Flanker at 12:00 No comments: Links to this post

Email ThisBlogThis!Share to TwitterShare to FacebookShare to Pinterest
Labels: holiday

Cipriani returns to (away) form

Having not been in the media eye for, ooh, at least 5 minutes and having been well and truly outplayed by two anonymous Irish rugby players (possibly in the company of a Welsh one - or not), former great white hope of English rugby, Danny Cipriani, has made a triumphant return to form (at least away from home) and to the front pages of the nation’s tabloids.

Cipriani has, it seems, been thrown out of girlfriend Kelly Brook’s house after she discovered “lewd” and “explicit” texts and photos sent by our Danny to other women on his mobile phone.

He is said to have confessed to The Sun: ''I can't believe what I've done,'' obviously meaning that he really should have remembered to make his password a bit more difficult to decipher.

TOTAL FLANKER - the blunt edge of rugby on the web...
Posted by Total Flanker at 19:09 1 comment: Links to this post

Up all night to get lucky #2

The mainline Irish press have been very coy about the identities of those involved, which is a tad strange given that it’s all over Twitter (#) and they've happily been reporting the players' recent movements.

Apparently one player has left the country in a bid to escape intense media coverage (i.e. he’s gone on holiday) whilst the other “has been spotted out shopping for clothes near Dublin and attending the races” (shock, horror).


Not wanting to get into a legal ballyhoo I've decided I'm not about to reveal the identity of the players involved. It could be any two of the below players who may or may not be standing (or indeed sitting) next to one another in the back row (or indeed the front). 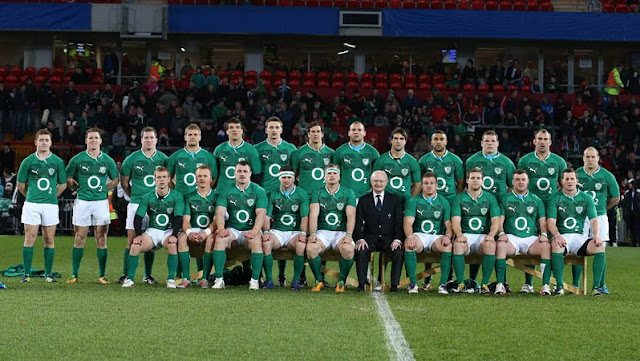 However, here’s who it wasn’t.

Definitely not.  :)
Posted by Total Flanker at 19:04 No comments: Links to this post

No great surprise that a brain injuries expert has recently established a link between early onset dementia and playing rugby.

Although impossible to say what proportion of players might be affected or how many times a player would need to be concussed for the condition to develop, it is clearly a cause for concern.

The problem is, for certain players, how could you tell?
Posted by Total Flanker at 18:52 No comments: Links to this post

He's up all night to get lucky 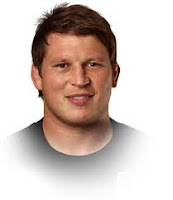 No, not Cipriani or Henson (for once).

I'm referring, of course, to Northampton hooker Dylan Hartley who is a very luck boy indeed to have been retained by Stuart Lancaster in the England Elite squad, announced today. This, despite his recidivist tendencies and the excellent form of the more deserving Rob Webber.

Hartley’s retention aside (and that of the uber-irritating Chris Ashton), the squad looks fresh and exciting and it’s great to see the likes of Christian Wade, Marland Yarde, Kyle Eastmond, Matt Kvesic, Dave Attwood and Billy Vunipola all given their opportunity after showing up well in Argentina.

You never know, England may even discover where the tryline is…
Posted by Total Flanker at 18:59 No comments: Links to this post