Is it me, or is this streaker enjoying himself a little TOO much? 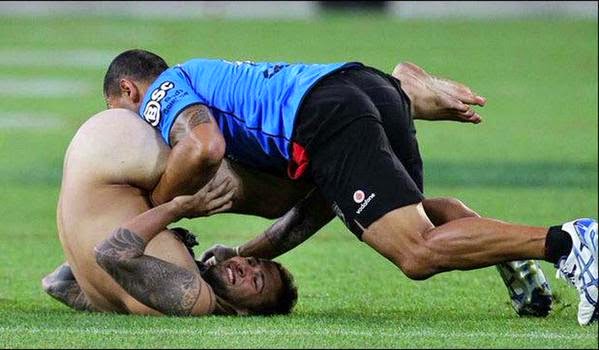 Posted by Total Flanker at 11:36 No comments: Links to this post 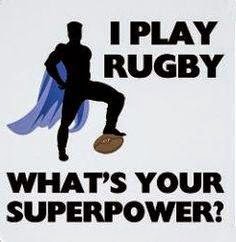 Posted by Total Flanker at 20:00 No comments: Links to this post

Email ThisBlogThis!Share to TwitterShare to FacebookShare to Pinterest
Labels: rugby

Does Danny Cipriani have a drinking problem? 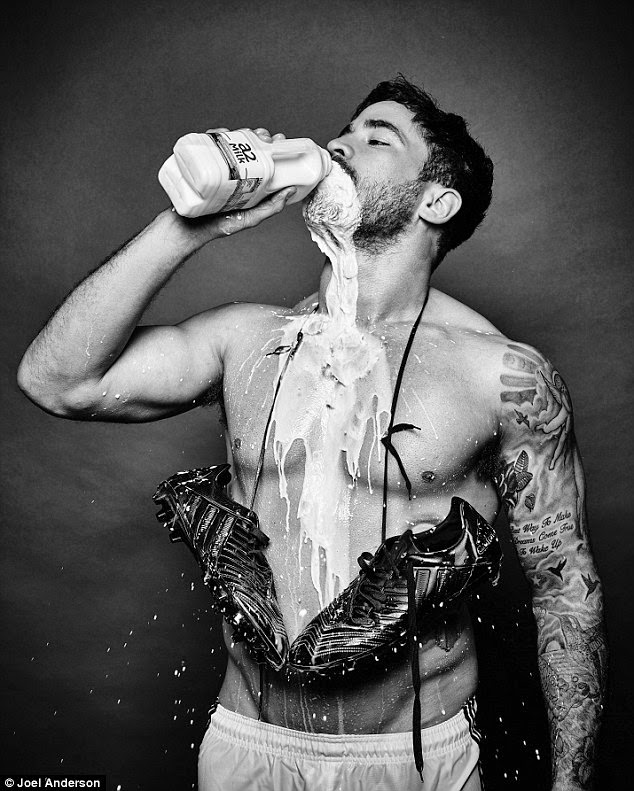 Posted by Total Flanker at 08:28 No comments: Links to this post

Whatever happened to: Tackling? 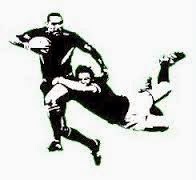 Recent statistics show that the number of concussions suffered by Premiership players increased by 59  per cent last season.

Which brings me to the fundamental question here: Whatever happened to tackling?

In recent weeks I have watched my 12 year old son embark on what I hope will be a long and enjoyable rugby playing career at whatever level he should happen to achieve. And I must say that watching Under 12s play rugby is quite uplifting. Yes, it's chaotic and unstructured and often barely resembles rugby, but watching the boys tackling is quite an education.

Much as we were taught as boys, their first instinct is to tackle low, head to one side,  hitting cheek to cheek and sliding down to wrap up the legs. Very old fashioned, I know, but effective nevertheless and designed to bring the opposition player down rather than to knock him into the middle of next week.

All very different, it seems, from modern rugby at the elite level where behemoth smashing into behemoth has become the norm. Tackling in the modern game is about the impact, hitting front on at chest height to either dislodge the ball, prevent the offload, knock the player backwards or, preferably, all three. It requires size, strength and timing, and has led to an increasing requirement for players to bulk up. It has also led to increased injury through impact, the most high profile of which is concussion.

Call me old fashioned, and many people do, but I can't help feeling that the game would benefit from a return to traditional tackling techniques. I'm not sure that outlawing the head-on, chest-high tackle, is an option (although I'd like to see the lawmakers at least consider it) but the biggest changes will come when the laws are amended to speed the game up, allowing fewer stoppages and forcing players to become aerobically fitter and substantially leaner.

So, award free kicks instead of penalties for all but the most blatant of scrum offences, don't allow the selection of a scrum as a penalty or free-kick option, put a time limit on the completion of set pieces - anything to move the game away from the gargantuan gym monkeys currently dominating the game.

The alternative, from a health and safety perspective, is going down the road of American Football style body armour - and I doubt anyone wants that.
Posted by Total Flanker at 09:42 No comments: Links to this post

Email ThisBlogThis!Share to TwitterShare to FacebookShare to Pinterest
Labels: rugby, tackling, Whatever happened to?

Pic of the day

Couldn't have put it better… 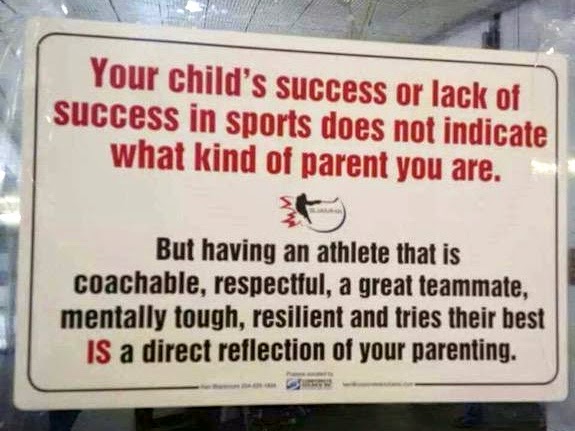 With thanks to @S7OCKY
Posted by Total Flanker at 14:23 No comments: Links to this post 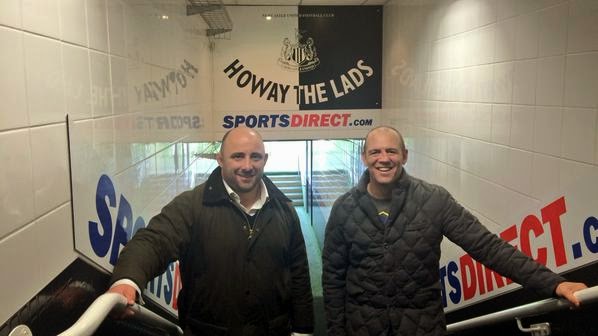 Posted by Total Flanker at 09:25 No comments: Links to this post

I have to say that I completely agree with the decision of England's World Cup 2015 organising committee to allow the England team to sing an extended version of the national anthem before Rugby World Cup matches this autumn.

This follows a review carried out be the RFU anthems committee after the Six Nations which concluded that the brevity of the English anthem had put the team at a distinct disadvantage when compared to other nations.

Of particular concern to the committee was the fact that Ireland were allowed to sing 2 lengthy anthems at home fixtures, a factor that Stuart Lancaster believes was crucial in determining the outcome of the recent encounter in Dublin and the ultimate destination of the Six Nations trophy.

“It’s a bit of a no brainer really,’ says Lancaster. “An extended anthem might just give us that extra edge, that additional one per cent. As the host nation we should take advantage of anything that might help us.”

England will therefore be allowed to sing all SIX verses of God Save The Queen at the World Cup.

Lyric sheets will be distributed to the extended squad when it meets up for the World Cup training camp in the summer, with players expected to practice the anthem under the tutelage of celebrity choirmaster Gareth Malone.

For the uninitiated, this is what we can expect from England at the World Cup:

Lord grant that Marshal Wade
May by thy mighty aid
Victory bring
May he sedition hush
And like a torrent rush
Rebellious Scots to crush
God save the Queen.

It is unknown whether the call to allow the extended anthem was behind the decision of Debbie Jevans to resign as Chief Executive of the England 2015 organising committee.
Posted by Total Flanker at 06:17 1 comment: Links to this post