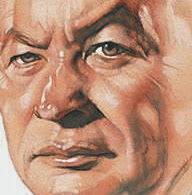 Apparently Farrell had convinced the RFU that parental input would be vital in restoring the team’s shattered morale with the added bonus that the parents would also be able to provide free lifts to and from training and to difficult away games.
Posted by Total Flanker at 17:34

Mr Flanker, Your blog posts always make me laugh without fail, but this one very nearly made me piss myself. Nice one.