The only one in the village... 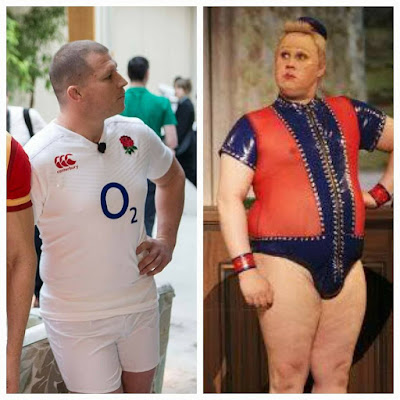 Chapeau: Wales On Craic
Posted by Total Flanker at 21:23 No comments: Links to this post 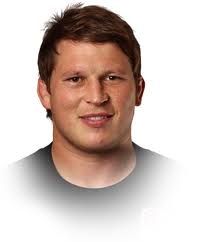 Possibly the most bizarre story of the week is the apparent approach by RC Toulon to join the English Premiership.

Mourad Boudjellal has confirmed he has written to Premiership Rugby to express his interest and is said to be "serious".

"I wrote for a contact," he said. "If this is not possible the next season, maybe the one after that. It would be a huge added value. And I'm serious in my approach.

"No, it's not just a publicity stunt to apply pressure to the Top 14. I'm serious.

"No, it's not just a contrived plan to get Steffon Armitage into the England squad. I'm serious.

"Did I mention I'm serious?"

Posted by Total Flanker at 09:42 No comments: Links to this post 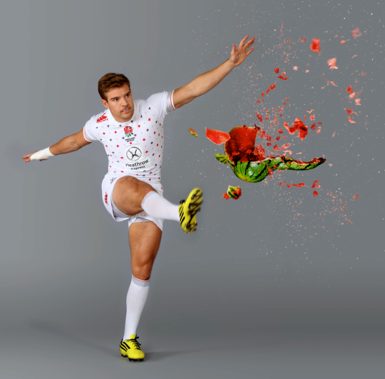 England 7s captain, Tom Mitchell, apparently "drop kicking a watermelon", for no reason other than to promote the "Feast of Rugby" themed World Rugby Sevens Series finale at Twickenham on 21/22 May.

19 year old Sam Underhill may have the name of a Hobbit, but if ever there was someone to provide the RFU with an “exceptional circumstance” then it has to be him.

Underhill, a former England Under 18s captain, is currently studying at Cardiff University and plying his trade with the Ospreys.

He is also an exceptional openside flanker who will be eligible to play for Wales when his university course ends in a couple of years’ time.

The RFU have been reluctant to invoke the “exceptional circumstance” rule which allows the selection of players not playing with an English club.

Having recognised, however, the need to develop a specialist number 7, I would hope that Eddie Jones would be insisting that the RFU bring Underhill into the fold sooner rather than later. He’s not a player England can afford to lose.
Posted by Total Flanker at 19:16 1 comment: Links to this post

Lord knows I'm no fan of Chris Ashton, but the 10 week ban handed down to the Sarries winger for making contact with the eye of Ulster centre Luke Marshall during Saturday’s European Champions Cup tie is more than a tad harsh.

I watched the incident (for which he was penalised) on TV and, while clumsy and illegal, any eye contact looked entirely accidental - there clearly was no intention on Ashton's part.

Pending appeal Ashton is now due to miss the Six Nations and - while I doubt his absence will be any great loss to England - I'm sure that he will justifiably feel extremely hard done by.
Posted by Total Flanker at 23:16 No comments: Links to this post

I watched Saracens get back to their clinical best vs Ulster on TV on Saturday and one player I paid some attention to was winger Chris Ashton, this week restored to the England squad.

A few years ago I think I described Ashton as having transformed the way England played rugby, such was his initial try-scoring impact in tracking the ball carrier.

Since then, however, his limitations - particularly in defence - have been exposed too often, resulting in his demotion from Stuart Lancaster's England squad.

And now he's back - although on yesterday's evidence it's difficult to see why.

There's still something about Ashton's game that looks as if it has been manufactured rather than evolved naturally and to me he is simply isn't a good enough footballer to be a consistent success at international level.

Admittedly his kick-chase game has improved, and he continues to run clever support lines - but his work under the high ball remains suspect, his defensive positioning is somewhat random, his kicking game is rudimentary, he gets turned over far too easily and he is neither particularly pacey or elusive in attack.

Apart form that he's brilliant.
Posted by Total Flanker at 07:24 No comments: Links to this post

Experiment - you know it makes sense 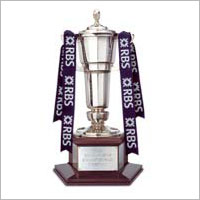 À propos Fast Eddie's England squad selection this week, I keep reading that Murrayfield, where England open their 2016 6N campaign on 6th February, is "no place for experimentation".

After all, if not now, when?

I am not advocating experimentation for the sake of experimentation. What I am saying, though, is that if new, uncapped players are the right selections then those players should be picked, irrespective of the fact that they may not possess a shedload of caps.

A so-called "risk-free" approach would have Dan Cole at tight head, James Haskell at number 7 and Owen Farrell playing in the centre. All very experienced, granted, but Cole has very little form this season, Farrell is the form 10 in England and has yet to convince at 12, while Haskell would just be another attempt at a 6½.

No, if Paul Hill is currently the best tight head in the Premiership, if Maro Itoje's form remains irresistible, if Jack Clifford or Matt Kvesic can demonstrate what they can offer at 7 and if Sam Hill or Ollie Devoto are the type of player Eddie Jones wants to see at inside centre, then they should start.
Not only would this be the right thing to do in terms of development, picking in-form players in their best positions also gives England the best chance of success in this Six Nations.

You know it makes sense.

Posted by Total Flanker at 10:32 No comments: Links to this post 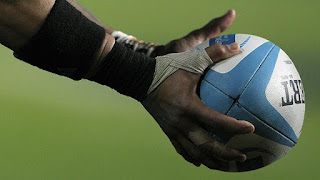 All very well and designed to promote attacking rugby but in games where there is no TMO there will inevitably be issues of matches being decided by the referee's judgement, not to mention the mathematical nightmare of trying to keep score…
Posted by Total Flanker at 09:32 No comments: Links to this post

A song for England?

It is reported this week that the UK national anthem, God Save The Queen, might not be sung at Twickenham in the future after MPs gave initial support to the idea of England adopting its own official national anthem.

Chesterfield MP Toby Perkins' English National Anthem Bill was adopted by the House of Commons this week and will be debated again at a second reading on 4th March. If passed the Secretary of State for Culture, Media and Sport would be required to hold a nationwide consultation on the matter.

Whilst I am no particular fan of the dirge-like God Save The Queen and would welcome a more uplifting and relevant anthem, perhaps what we should be asking here is whether there might be more pressing matters with which Parliament should be occupying its time?
Posted by Total Flanker at 19:07 1 comment: Links to this post

There's been much clamour and excitement surrounding the announcement of Eddie Jones' first England squad, with 7 uncapped players included and several of Stuart Lancaster's stalwarts omitted.

There are a few to miss out who might count themselves unlucky - Will Fraser, Joe Simpson and (perhaps) Danny Cipriani, for instance, but on the whole it's an exciting and boldly selected group of players - now all we need is for Jones to be equally brave when selecting the 23 to face the Scots at Murrayfield on 6th February.

Where Fast Eddie may have missed a trick, however, is in his failure to call upon the services of the vastly experienced Andy Goode, recently emerged from retirement. Judging by Goode's impressive physique and the problems experienced by the England front row at the World Cup, I would have thought that the England number 3 shirt would have been an ideal fit.
Posted by Total Flanker at 13:04 No comments: Links to this post