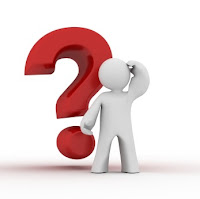 How does Joe Launchbury get a 2 match ban for accidentally catching the head of an opponent - causing minimal (if any) damage - while Malakai Fekitoa only gets a one match ban for nearly decapitating an opponent and Sam Cane gets away scot free for laying out Robbie Henshaw with a dangerously high tackle?

I do get why Launchbury was punished. If you aim a kick at the ball in a ruck near an opponent’s head and you get it wrong, your actions are dangerous.

Likewise a swinging arm or a head high tackle is dangerous, no matter the intent.

Either punish all such actions (with consistent punishments), or deem them accidental and unworthy of sanction…
Posted by TotalFlanker at 19:25

Sam Cane's tackle was not high.
Fekitoa's tackle was high but was a bit far away from decapitating anyone.
Sexton's tackle on Barrett was also high and nothing happened.

Sam Cane - it was undoubtedly high and was penalised as such but not deemed reckless or dangerous enough, despite laying out Henshaw.
Fekitoa - ok, guilty of poetic licence perhaps, but high swinging arm at head height?
Sexton - yep, should have been punished, no doubt.

This week we've had Elliott Daly correctly red carded and banned for 3 weeks, but the Argentina winger only penalised for an offence that would have been identical had Jonny May not managed to land the right way up. And Dean Mumm only getting a yellow and no ban for picking up a player at a ruck and driving him head first into the ground.

All I'm saying is that we need consistency.