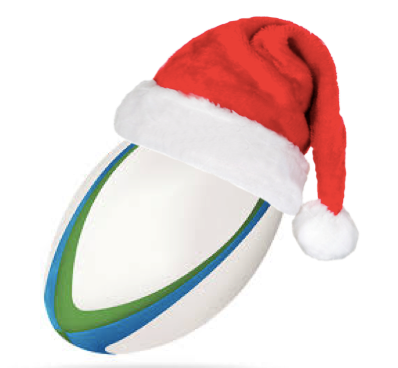 Posted by TotalFlanker at 15:49 No comments: Links to this post

Email ThisBlogThis!Share to TwitterShare to FacebookShare to Pinterest
Labels: Christmas 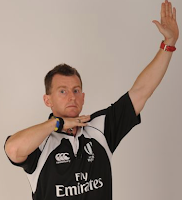 With the advent of new directives around high tackling there have been the inevitable claims that rugby is somehow “going soft”.

The latest comes from Sale Sharks DoR Steve Diamond who has questioned whether the game is “becoming touch rugby” after his team were given three yellow cards in defeat by Saracens at the weekend.

Let’s get one thing straight – there is nothing soft about rugby and the game managed for decades without the reckless head-high tackling that has proliferated in the past few seasons. World Rugby is absolutely correct in trying to eradicate the dangerous high tackle from the game. It may take some time and there may be instances of apparent injustice as the game evolves but the coaches and players simply have to adapt.

Rugby is not becoming softer. It is becoming safer. There’s a difference.
Posted by TotalFlanker at 12:03 No comments: Links to this post

Hall of Fame? Not quite.

The WORLD RUGBY HALL OF FAME is all well and good.

What you really want to see, however, is this:

Below is the moment Bruno Doglioli brutally assaulted  (there's no other word for it) referee Maria Beatrice Benvenuti during a recent Italian Serie A match.

The Argentinian has, quite rightly, been banned by the Italian Rugby Federation from playing any competitive sport for three years.

I'm surprised that he isn't facing criminal charges...
Posted by TotalFlanker at 18:33 No comments: Links to this post 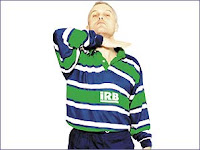 It's a hot topic right now, but I must say I'm pleased that World Rugby has taken the initiative and issued a new directive on high tackles, effective in the New Year.

A player making contact with an opponent's head in a reckless tackle (where the player knew or should have known that there was a risk of making contact with the head but did so anyway) will now receive at least a yellow card, even if the tackle starts below the shoulders. Accidental head contact - where e.g. the ball ball carrier slips into a tackle, will incur a penalty.

Undoubtedly the new approach will lead to some controversy and apparent injustices from time to time, but the aim underlying the new directive - to change the culture in rugby and ensure that the head is a "no-go area" -  has to be applauded, even if (dare I suggest) the motivation behind it may be World Rugby's fear of becoming the subject of an expensive lawsuit in the future.

Posted by TotalFlanker at 22:42 No comments: Links to this post 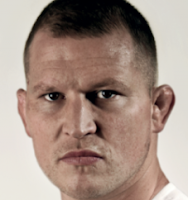 And so Dylan Hartley will serve a 6 week suspension but will be available for the start of the Six Nations.

How far the patience of Eddie Jones will stretch remains to be seen, and six more games missed is hardly ideal preparation for Hartley, especially given the superior form of Jamie George.

Not that Hartley has any cause for complaint. Setting aside the issue of intent, a reckless swinging arm tackle to the head, resulting in a player being concussed, was never going to be overlooked and rightly so. It was high and it was dangerous and World Rugby needs to persevere in its attempts to rid the game of such tackles.

What Hartley might question, however, is the consistency of punishments handed down. If this was a sending off offence then so were other recent, high-profile, similar offences that were treated far more leniently.
Posted by TotalFlanker at 19:35 No comments: Links to this post

This player is NOT dead, apparently 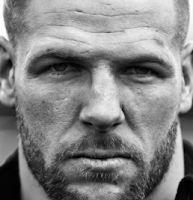 One of the most bizarre things I've read recently is the fact that James Haskell has had to issue a video denial of rumours, apparently circulating via t'internet, that he had died of a steroid overdose.
“I’m not dead and for those of you who wish I was dead, better luck next time,” says Haskell.

The reality, of course, is that the original James Haskell died a couple of years ago and was replaced by a doppelgänger with a rugby brain and a sidestep.
Posted by TotalFlanker at 08:04 2 comments: Links to this post 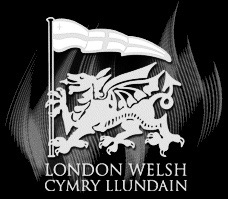 London Welsh has confirmed today that it is to seek voluntary liquidation, finally bringing an end to its occupancy at the bar of the Last Chance Saloon.

Liquidation need not necessarily spell the end for the iconic London Welsh name, although a newly-formed club would have to start life at the bottom of the English rugby pyramid, following the previous examples of London Scottish and Richmond.

Whichever way you look at it, it’s a sad way for such a well renowned club to go. It does, however, reinforce my view that English rugby simply cannot support 2 leagues of 12 professional teams. Less, as they say, is more.

London Welsh aren’t the first, and certainly won’t be the last, club to suffer such a fate.

(UPDATE 8th December: apparently London Welsh will be docked 20 league points and drop to the bottom of the Championship when they go into voluntary liquidation. If they manage to avoid relegation they could stay in the Championship by coming up with a business plan acceptable to the RFU and paying a six‑figure bond. If he plan is not acceptable or the bond not paid they will have to start again at the bottom).
Posted by TotalFlanker at 21:22 No comments: Links to this post

This player is sparko

This is a picture of George North after crashing to earth following a mid-air tackle from Leicester’s Adam Thompstone on Saturday. 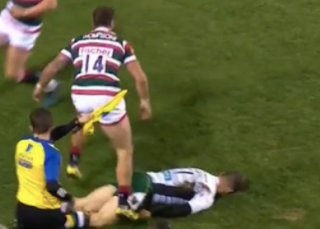 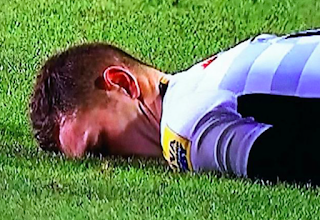 According to George he was not knocked out.

He was merely resting.


Or pining for the fjords.
Posted by TotalFlanker at 22:17 2 comments: Links to this post

Send in the clown 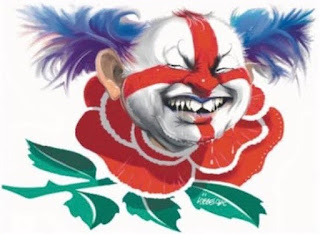 According to The Australian newspaper last week, Eddie Jones is (or at least was) the “real clown of rugby”.

That was before England’s 37-21 win over Australia on Saturday, following which one might have expected a certain amount of humble pie and perhaps an admission that England under Eddie Jones are becoming a very good rugby team indeed. Not a bit of it – whilst there is plenty of wailing and gnashing of teeth about the status of Australian rugby, there’s very little acknowledgement of England’s qualities.

Not so surprising, perhaps, but anyone who knows anything about the game has to admit, whether they like it or not, that this England team looks as if it is on the way to becoming a formidable outfit.

Yes, New Zealand are still out there by some distance at the head of the field and yes, for England there are still a few notable weaknesses to be ironed out, but I get the feeling that the players are completely aware of where they need to improve and their ability to adapt and think on their feet, as demonstrated in the last few games, will stand them in good stead...
Posted by TotalFlanker at 20:48 2 comments: Links to this post 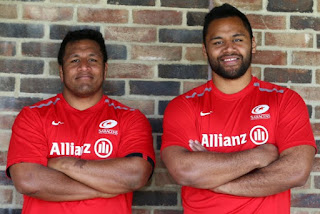 You have to love those Vunipola boys.

Not only have Mako and Billy been in a rich vein of form for club and country (until Billy's knee injury last week against Argentina), it has been revealed this week that, following Tonga's 19-17 victory over Italy in Padua last weekend, the two brothers (whose father Fe'ao is a former Tongan captain) paid for the Tongan team's post-match celebratory drinks.

Fantastic gesture lads!
Posted by TotalFlanker at 19:14 No comments: Links to this post