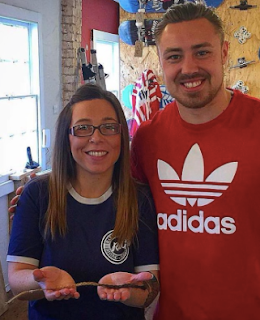 Chris Ashton reveals why he is moving to France 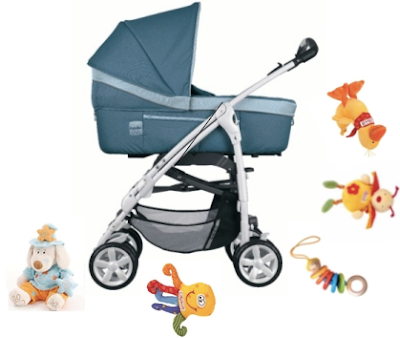 Posted by TotalFlanker at 07:16 No comments: Links to this post

Things that make me feel old #4

The GRANDSON of English cricketing legend Ian Botham has been called up to the Wales Sevens squad.

18 year old James Botham - a member of the Cardiff Blues academy - will make his international Sevens debut in the World Rugby series in Wellington on 28-29 January. 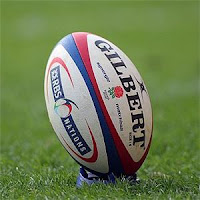 I’m not sure how impressed to be by reports that the RFU is pushing for reforms to international eligibility regulations by demanding that the residential qualification period increases from 3 to 5 years and has hinted that, even if the measure is not voted through by World Rigby in May this year, England may impose its own 5 year residency rule.

This follows the announcement by the French Rugby Federation in December that it would no longer select players qualifying under the 3 year residency rule but instead would only select players with a French passport.

As far as I am concerned, any move towards tightening the regulations is welcome (and I would also scrap the grandparent rule) and it would appear that common sense is beginning to prevail.

It does, however, seem strange that the RFU is spearheading this particular crusade, given that Fijian Nathan Hughes was capped by England under the 3 year residency rule as recently as November 2016.

Far be it for me to suggest then that the RFU’s present stance might be a tad confusing, inconsistent, opportunistic and, dare I say it, hypocritical?
Posted by TotalFlanker at 18:13 No comments: Links to this post 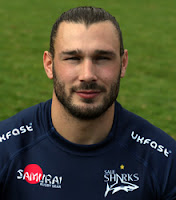 It’s all a bit secret squirrel at Sale Sharks where winger Tom Arscott has been suspended for allegedly leaking information to Bristol prior to the New Year’s day game between the two teams, a game which Bristol won 24-23 after overturning a 0-15 deficit.

Both Sale and the RFU are investigating and, while Bristol have confirmed that Arscott did meet his brother (and Bristol player) Luke the day before the match, the West Country club insists that "nothing of any sporting value" was passed on.

The facts seem rather thin on the ground but a few things to note here:

- that two brothers met up for a chat on New Year’s Eve hardly seems a justifiable basis for such scrutiny;

- it seems that the attention of Sale’s DoR, Steve Diamond, was drawn to the issue by members of the Sale squad, suggesting deeper underlying issues amongst the players?

- how much information of value does a winger actually possess? 😄
Posted by TotalFlanker at 19:09 No comments: Links to this post 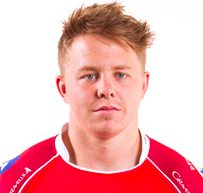 Distinctly unimpressed by the antics of Scarlets’ James ‘Cubby’ Davies on Saturday.

Fresh from a return from a ban for being a sweary disrespecter of referees, Davies surpassed himself on Saturday when appearing to be poleaxed from the slightest of slaps from Saracens’ Will Skelton.

Skelton deservedly received a yellow card, but the reaction Davies, falling to the ground as if he’d been clubbed by Mike Tyson, was utterly ridiculous and equally worthy of sanction.

Brian Moore is correct when stating that this sort of play-acting should have no place in rugby.

I admit I was a fan of James Davies when he starred for Team GB in the Olympics, but he’s quickly establishing a reputation as a bit of a twat and his residence in the Hall of Wazzocks looks assured for some time.

Perhaps his big brother should have a word?
Posted by TotalFlanker at 20:40 1 comment: Links to this post

News this week that US website Groupon are advertising an unofficial England Grand Slam 2017 T-Shirt.

Posted by TotalFlanker at 18:33 No comments: Links to this post 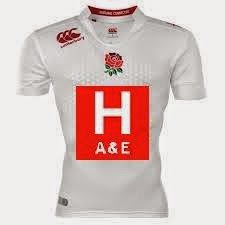 Posted by TotalFlanker at 13:09 No comments: Links to this post

Is this England’s Unluckiest Player? 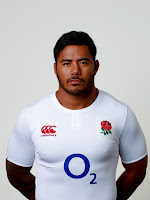 Gutted to hear today that Manu Tuilagi will miss the rest of the season with an anterior cruciate knee ligament injury, having hobbled off early in Leicester’s recent defeat to Sarries in what was only his sixth game following a two-month lay-off with a long-standing groin injury.

Tuilagi has been beset by injuries in recent years as a consequence of which he hasn’t managed to play for England since June 2014, a pretty horrendous run of bad luck.

Owing to a series of well documented off-field misdemeanours,  it was suggested to me recently that Tuilagi should be a candidate for the Total Flanker Hall of Wazzocks but, whilst some of his past immaturity may justify such a view, it would surely be somewhat churlish to induct him whist he is recovering from yet another serious injury.

One crumb of comfort for Tuilagi is that, remarkably, he is still only 25 and has time on his side.
Posted by TotalFlanker at 19:15 1 comment: Links to this post

HAPPY NEW YEAR and, somewhat belatedly (with 2016 now in our rear view mirror), it's time again to dish out our annual virtual trophies to the deserving and not so deserving members of the rugby universe.

Welcome, one and all, to the 10th (yes, TENTH) annual Total Flanker Awards.

First up is The Total Flanker Optimus Prime Ultimate Transformer Award - which I am delighted to give to the incomparable Eddie Jones. What Jones has done with a demoralised and humiliated England squad is quite remarkable, with shrewd selection and canny man-management at the heart of it all. Long may it continue.

Next up is the The Total Flanker Underwhelming Announcement of the Year Award. I'm referring, of course, to the appointment Warren Gatland as Head Coach of the British and Irish Lions tour to New Zealand in 2017. He may well prove me wrong, but with oodles of playing talent available to take on the All Blacks in the summer, I'm sorry to say I can't think of a less inspiring choice to bring out the best from those players.

And so to our next award, The Total Flanker Step in the Right Direction Award. This Award is presented to the French Rugby Federation who have decided to stop selecting non-French players who qualify under the three-year residency rule. Instead players will require a French passport and, while this may not turn out to be too much of an obstacle and will not apply retrospectively to the likes of Atonio, Spedding, Nakaitaci and Vakatawa, it is certainly a step in the right direction and I hope other nations will follow suit.

Moving on, we have The Total Flanker Negative Contribution to Contractual Integrity Award. This goes to Sale Sharks who, despite their protests of innocence, appear to have signed Castleford Tigers player Denny Solomona despite him being under contract with the Rugby League club. The fact that Sale signed Solomona having had an initial transfer bid rejected by Castleford gives lie to any claim that the Sharks are the innocent party in all of this, and potentially has huge ramifications if allowed to stand.

Our penultimate award is The Total Flanker OK You Got it Right Award. This is awarded to World Rugby (aka the artist formerly known as the IRB) for finally introducing measures to rid the game of dangerous high tackles. Although undoubtedly there will be teething problems and potential injustices, the message is loud and clear. Players and coaches can and will adapt and the game will be safer as a result, and not before time.

And finally we have The Total Flanker FEC (Future England Captain) Award. It may not happen this year (although I firmly believe it should) but it can only be a matter of time before Maro Itoje is awarded the England captaincy. Supremely athletic,  phenomenally competitive and a born leader, Itoje is, I'm convinced, the man to lead England to Japan in 2019 and, if so, should be installed sooner rather than later. Go on, Eddie, you know it makes sense.

Well, that's that for another year - thank you for your continued support and I wish you all a cracking 2017...
Posted by TotalFlanker at 12:00 1 comment: Links to this post