The weekend saw my son's Under 14 team round off a great season with a hard-fought 28-20 victory away at Tring.

Sunday's win was the culmination of a hugely successful season for the boys, not just in terms of results (and yet the overall record of played 16, won thirteen, lost 3 - and victory at the Harrow 10s Festival - is not be sniffed at) but also in terms of just how well the boys have developed as players.

This time last year I posted my guide to coaching youth rugby and at the start of this season being involved in the coaching of the team was still very much akin to trying to herd cats, but as the season has progressed there has been a noticeable shift in attitude, with several of the boys now displaying an impressive mental maturity that was previously absent.

What is great to see is that often it is the boys themselves who are now working out what to do during a game rather than relying on instructions from the touchline, and on several occasions this season their sheer determination to defend their line has been a joy to behold.

There is also a fantastic camaraderie developing amongst the boys which is wonderful to see and which, as I keep harping on about to TF Jnr, is really what this game of ours is all about.

Quite honestly this season has been a pleasure to be involved with...
Posted by TotalFlanker at 22:38 1 comment: Links to this post

Following his classy response to being left out of the 2017 British and Irish Lions touring squad last week, the membership committee for the Total Flanker Hall of Wazzocks has made the unanimous decision to expel Dylan Hartley from its ranks.

Mr Hartley will be required to re-apply should he wish to resume membership in the future.
Posted by TotalFlanker at 19:17 No comments: Links to this post

Interesting titbit of the week...

Many Aussies will be gnashing their collective teeth over the news that the son of Wallabies legend Michael Lynagh has been selected to play for England Under 16s.
Louis Lynagh, a member of the Quins academy, will line up at fullback for England against their Welsh counterparts at Bath on 30 April.
If he's anywhere near as good as his Dad we may have a player here... 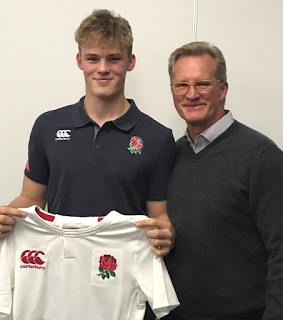 Posted by TotalFlanker at 09:42 No comments: Links to this post

Now THIS is exciting

Unlike the Lions I have to say I am pretty enthused by the England squad Eddie Jones has selected to tour Argentina in June.

OK, so there are a few strange omissions - Christian Wade, Tommy Taylor, Semesa Rokoduguni for instance.

But there's not much not to like about a squad which blends the huge experience of Hartley, Robshaw, Launchbury, Haskell, Wood, Care, Ford and Brown with the youth and promise of the Curry twins, Sam Underhill, Nick Isiekwe, Harry Mallinder and Joe Marchant.

There are fifteen uncapped players in the squad, many of whom who have come via the Under 20s.

I predict good times ahead...

Posted by TotalFlanker at 08:02 No comments: Links to this post 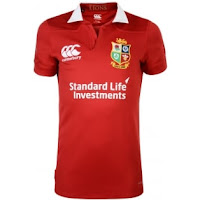 Well, everyone else seems to be doing this, so why not me?

Actually this is not really a verdict, more a comment or three.

Yes, the Scots should feel a tad upset about only having 2 representatives on the New Zealand trip and yes, it does feel as if Wales are somewhat over-represented (quel surprise).

But inevitably the players announced yesterday are unlikely to form the the actual touring party to leave these shores (injuries and/or suspensions before the season ends are more or less inevitable).

And you can bet your last sou that within days of arriving in New Zealand a steady stream of players will begin to return home crocked to be replaced by a long line of pre-photographed and kitted out replacements. In reality this Lions squad could easily stretch to 60+.

Ultimately I'm afraid I remain a tad cynical and not overly excited about another Gatland-led Lions tour. Time will tell...
Posted by TotalFlanker at 13:11 No comments: Links to this post 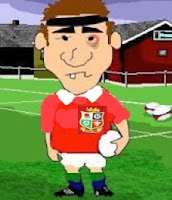 Following today's British and Irish Lions squad announcement for the  tour to New Zealand in June, we caught up with veteran forward Total Flanker outside his Hertfordshire home to discuss his controversial omission from the squad.

"Naturally I'm as sick as a parrot", said the corpulent breakaway.

"Admittedly at my age selection for the Test team was perhaps a long shot, but I always felt confident I could play a valuable part as a member of the wider squad.

"I've been holding tackle bags, putting out cones and running the line for Chess Valley Under 14s all season, so to be honest I'm not sure how much more I could have done.

"I'm beginning to think that my chance may never come." 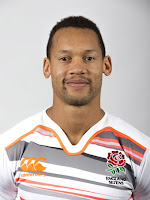 Whether or not Sevens is your cup of tea, Norton's try tally of 246 (and counting) over a period of 8 years or so is truly outstanding.

And all achieved while wearing some truly abominable kits...

Posted by TotalFlanker at 14:54 No comments: Links to this post 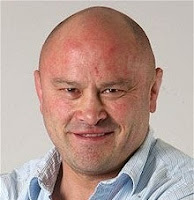 Get well soon Pitbull!
Posted by TotalFlanker at 09:55 No comments: Links to this post

It was supposed to be a joke but... 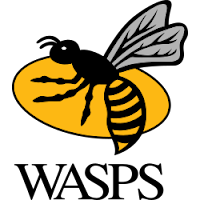 Truth is sometimes stranger than fiction and it seems like my meagre attempt at an April Fool's joke this year wasn't massively wide of the mark, with Wasps revealing this week that they are interested in the possibility of setting up a Super League club in Coventry.

Wasps say say they need to host more rugby league events at the Ricoh Arena to assess support for the idea before having "a serious look at it."

With the RFL having already stated that it would listen any Super League club wanting to relocate its franchise, this does raise the possibility of an existing Super League club being sent to Coventry, with the sport extending it's northern power base in England south by 100 miles...
Posted by TotalFlanker at 18:03 No comments: Links to this post

Announcement: Total Flanker in association with...

I am pleased to announce that this blog is now sponsored by the Rugby Football League - the governing body for professional rugby league in England.

I admit that this is in flagrant breach of my previously stated objectives, but there comes a time when money talks. In this instance the Rugby Football League are willing to pay me handsomely to promote their sport to fans of rugby union.

So for the next 12 months this blog will exclusively feature rugby league content - under the terms of the deal rugby union content will no longer be included.

The astute amongst you will have spotted that, as the 13-man code does not feature flankers, the name Total Flanker will no longer be appropriate. You are quite correct, of course, which is why I plan to change the name of this blog in the coming weeks to "Dummy Half".

I apologise if these changes spoil your enjoyment of this blog but hope I can rely on your continued support for what promises to be an exciting new chapter.

Thank you.
Posted by TotalFlanker at 05:36 No comments: Links to this post