It's New Year's Eve and ahead of the evening's main event may I welcome you, one and all, to the 11th Annual Total Flanker Awards ceremony, held this year at the swankiest of swanky virtual venues...

Yes, another calendar year has rushed by with indecent haste, bringing us once again to the time of year when we recognise and celebrate the highs, the lows, the ups, the downs, the ins and the outs of rugby in 2017.

Without further ado, first up this evening is the Total Flanker OK I May Have Got That Wrong Award. It's not as if I've never made a mistake before, but on this occasion I am referring to the fact that I had originally believed that the appointment of Warren Gatland as head coach of the British and Irish Lions in New Zealand was as uninspiring as it was doomed to failure. How wrong I was. Under Gatland the Lions performed way beyond expectations to secure a series draw despite a ridiculous and brutal schedule and totally inadequate preparation. Well done Mr Gatland.

Next up is the the Total Flanker Is this Real or Yet Another Case of the Emperor's New Clothes? Award. I'm referring, in this instance, to the Scotland rugby team under new head coach Gregor Townsend. Two victories this year over Australia, home and away, plus running the All Blacks close at Murrayfield and scoring a bucketload of tries would suggest the Scots are on an upward curve. Set against that, of course, is a defeat in Fiji and conceding a whole shedload of points at home to Samoa. Will the real Scotland please stand up. I guess the Six Nations will tell us more.

Moving along, our next award is the Total Flanker How Impossibly Stupid Do You Have to Be? Award. Several candidates exist for this award, you might think, but one candidate stands head and shoulders above the rest. Step forward Ospreys' hooker Scott Baldwin who missed his his team's Pro14 fixture against the Cheetahs in Bloemfontein because he had been BITTEN BY A LION WHILE TRYING TO PET IT. Words fail me.

And so the Total Flanker Now That's How You Do It Award. No hesitation here, there can only be one winner and that is the Women's Rugby World Cup 2017 - a hugely successful tournament with sell-out crowds and plentiful live TV coverage throughout, culminating in a cracking final full of fast, skilful, dynamic, competitive and compelling rugby and worthy winners in the Black Ferns.

The penultimate award this evening is the Total Flanker Time To Put A Lid On It Award. This one, I'm afraid, goes to England coach Eddie Jones. Now, as big a fan as I am of Eddie and the job he has done for England over the last two years, isn't it time now to stop banging on about wanting to be the World's number 1 team and winning the Rugby World Cup? If anything, all this talk of "greatness" just smacks of insecurity as if he's trying to convince himself and his team and I can't help thinking that less talking and more concentrating on the here and now would be so much more beneficial.

And finally, last but by no means least we have the Total Flanker This Is What Rugby Is All About Award. For this award we head back to the Lions Tour of New Zealand this summer and salute those many Kiwi rugby fans who opened up their homes for free to accommodate British and Irish visitors to New Zealand, thus encapsulating the unique nature of this great game of ours and providing a fitting finale to this awards ceremony.

Yes, sadly our whistle-stop tour through 2017 is now at an end - leaving me only to say a HUGE thank you once again for continuing to indulge this blog and the regular drivel contained herein.
I wish you all a fantastic 2018...
Posted by TotalFlanker at 18:15 No comments: Links to this post 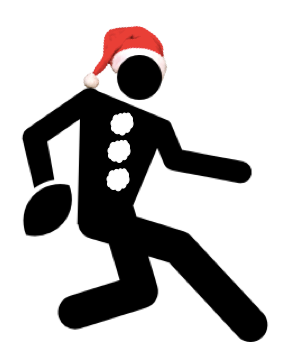 Posted by TotalFlanker at 08:08 No comments: Links to this post 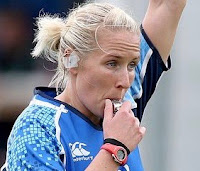 Best best of luck to Joy Neville who today becomes the first woman to referee a European professional club fixture, taking charge of Bordeaux-Begles vs Enisei-STM in Pool One of the Challenge Cup.
Big congrats to Joy from this blog 👍

Posted by TotalFlanker at 07:27 No comments: Links to this post 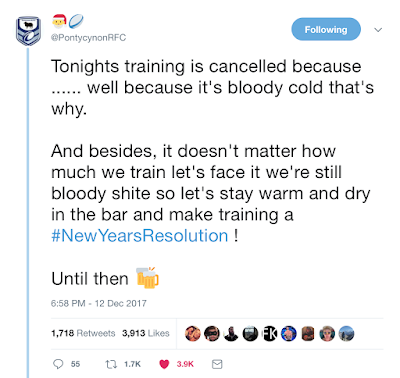 Posted by TotalFlanker at 14:18 No comments: Links to this post

Queen of the Castle 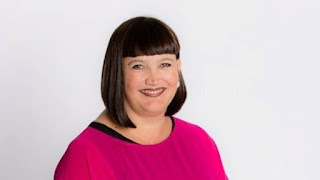 Congrats to Raelene Castle on her appointment as CEO of Rugby Australia.

Castle is the former CEO of both NRL club Canterbury-Bankstown Bulldogs and Netball New Zealand - and therefore brings a wealth of sports administration experience to the role.

Well done also to the ARU for appointing someone who on the face of it appears to be eminently qualified. Whatever next?
Posted by TotalFlanker at 11:14 No comments: Links to this post

The Earth is not Flat - Proof

Members of the Flat Earth Society believe that we live on a disc, with the North Pole at its centre and a 150-ft high wall of ice, Antarctica, at the outer edge. 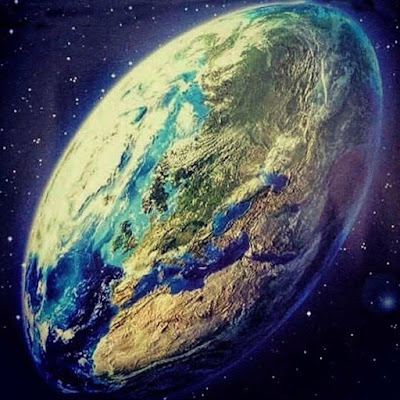 Posted by TotalFlanker at 09:11 No comments: Links to this post

Whatever happened to: Amateurism? 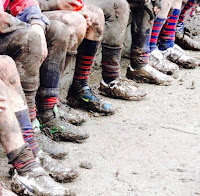 Earlier today I read an article in the Telegraph by Mick Cleary calling for the RFU to declare rugby amateur again below a certain level and I must say I could not agree more.

I’ve long thought that professionalism in English rugby is simply financially unsustainable below the elite level – and I’ve floated the idea previously that the game cannot really afford to support more than, say, 16 fully professional clubs in England.

Whatever the merits if that particular argument, there’s no doubt that many clubs below the elite level find life incredibly difficult once they decide to start paying players.

It was once (and for some clubs still is) the case that clubs were run by and for the members who all contributed membership fees and all had the interests of the club and the local community at heart.

The advent of the league system in the eighties, followed by the introduction of payments to players in the nineties, then changed all that for many clubs whose misplaced ambition to progress through the system has led to inflated playing budgets and an over-reliance on sponsors or benefactors, fundamentally changing the nature of such clubs.

In many cases professionalism has proved to have been horribly divisive. Clubs once fielding 5 or 6 XVs in the amateur era have found that paying players in the 1st XV has led to alienation of players lower down the club with a disastrous effect on playing numbers, as well as a dwindling in support from the lifeblood of these clubs – the amateur volunteers who man the bars, cook the food, do the laundry etc. Effectively the “soul” of such clubs has been lost.

And all for what? A couple of promotions to a slightly higher standard of rugby?

Enough is enough. It is time for those rugby clubs to rediscover the joys of amateurism – of being self-funding, community based organisations run purely for the love of the game.
Posted by TotalFlanker at 12:26 1 comment: Links to this post

Email ThisBlogThis!Share to TwitterShare to FacebookShare to Pinterest
Labels: amateurism, professional rugby, rugby, Whatever happened to? 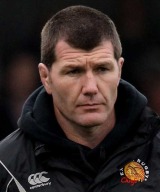 Assuming that Eddie Jones does decide to step down as England coach after the World Cup in 2019 (a stance he has consistently maintained), the temptation will be I’m sure, to try to replace him with another “proven” international coach.
I’m a fan of Eddie Jones – but just because he has been successful with England it doesn’t mean that the next England coach has to be from overseas.
If the RFU are genuinely after the best man for the job, for me the answer is simple - Exeter’s Rob Baxter.


And if the RFU could secure Baxter’s services to allow him to work with Eddie Jones through to the World Cup, all the better…
Posted by TotalFlanker at 12:47 No comments: Links to this post