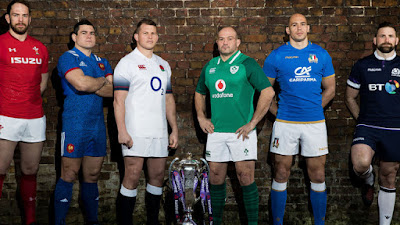 Well, that's my career as a soothsayer dead in the water.

Wales confounded just about everyone on Saturday in Cardiff with the nature of their victory over the Scots. The injury crisis which forced Warren Gatland to select Scarlets en bloc was probably the best thing that could have happened for Wales. They do say that it's better to be a lucky coach than a good coach...

Scotland, meanwhile, were (how do I put this?) pants.

And then to Paris for 70 minutes of turgidity, then a French try out of nowhere and cojones of steel from Johnny Sexton at the death. And since when did knee injuries require HIA?

Finally, Rome on Sunday and a fantastic first and last ten minutes from England, bookending a middle hour of relative mediocrity. The Italians played well, but Eddie Jones will be looking for significant improvements next week...

The TF team of the week: