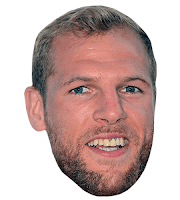 I was sorry to hear that James Haskell is to retire at the end of the season.

Never shy when it comes to self-promotion and perhaps not the most naturally gifted of players, Haskell is one of those players that won over his critics with sheer hard work, the force of his personality and his wholehearted approach to rugby and to life.

77 England caps, a Lions tourist in 2017, a Grand Slam winner and player of the series in Australia in June 2016 is not a bad return on his career. And, with spells in France, Japan and New Zealand, Haskell definitely did it his way.

Good luck Hask in whatever comes next in your career...