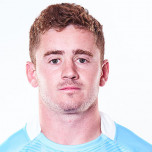 The signing of Paddy Jackson by London Irish for the 2019-20 Premiership season is an interesting one.

Jackson, you may recall, was involved in high profile rape allegations last year and, although acquitted at trial, some pretty unpleasant and offensive behaviour emerging from evidence ultimately led to his dismissal by Ulster.


After a season away in France with Perpignan, Jackson will now return to assist London Irish on their return to the Premiership, with many fans unhappy at the club's apparent short memory.

It's a difficult one. Arguably Jackson has been punished for his "crime" and - having previously expressed his shame and remorse for what happened - deserves the chance to rebuild his career. On the other hand, he carries with him now a certain toxicity that will be difficult to shake off.

It's therefore either a very brave or a very foolish move by Irish.
Posted by TotalFlanker at 00:11