All Blacks Old and Slow?

You've just got to love the Aussies. One victory at home against a New Zealand team who played half the game with 14 men and you would think they had won the World Cup. 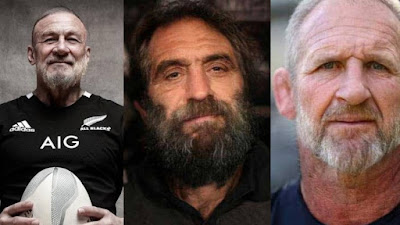 With habitual rent-a-gob David Campese claiming that it is now time to "crush the fading All Blacks", the Aussie press, in the form of the Daily Telegraph, have weighed in with claims that the All Blacks are "old and slow", illustrating their point with Faceapp-treated photos of the ancient Sonny Bill Williams (34), Sam Whitelock (30) and Kieran Read (30).

My suspicion is that this will all come back to bite the Australians on the arse quite quickly. Tomorrow, in Auckland, to be precise.
Posted by TotalFlanker at 11:04