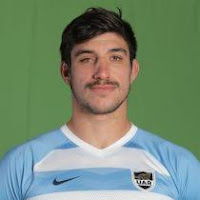 I was surprised to read various below-the-fold comments over the weekend suggesting that Tomas Lavanini's head shot on Owen Farrell on Saturday was deserving of anything other than the red card he received.

The comments appeared to suggest that Farrell was somehow complicit in nearly having his head removed from his shoulders and that Lavanini's actions were somehow accidental.

Nonsense. When we coach players how to tackle one of the things we tell them is to look at the target. Watching the footage of Lavanini's tackle it is clear that he looked Farrell straight in the eye before launching his shoulder at Farrell's head. There was nothing accidental about it whatsoever.

Yes, the incident spoiled the game as a spectacle and pretty much ended Argentina's chances of victory there and then.

But World Rugby's stance on such dangerous, reckless and illegal tackles is absolutely 100% correct.

Players simply have to change their behaviours and coaches have to stop making irresponsible comments defending players who transgress (yes, I'm talking to you, Mr Cheika).
Posted by TotalFlanker at 10:56