Saracens - time to bare all?

Woke up this morning to reports that, in another dramatic twist to the salary-gate scandal, Saracens now face automatic relegation from the Premiership in June unless they prove within a week that they will comply with the £7million salary cap this season.

Apparently Saracens were told at a Premiership Rugby meeting on Tuesday that unless they could prove compliance then they either had to hand back their titles won in the last three years or be relegated to the Championship at the end of the season, with the latter seeming the most likely outcome.

And all this without a single detail of the club's alleged breaches of the salary cap being made public.

It may well be that Sarries are completely bang to rights, but all this "behind closed-doors" stuff does neither the club or Premiership Rugby any favours.

If the reports are accurate and Saracens are to be relegated (which would potentially have cataclysmic consequences for the club, players, the Premiership and England Rugby) then surely it is imperative that a full disclosure of all of the facts surrounding the matter now occurs?

Posted by TotalFlanker at 11:34 No comments: Links to this post 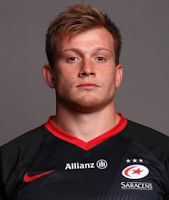 The selection of Nick Tompkins for the Wales Six Nations squad sits somewhat uncomfortably with me.

Whilst delighted for the player - the Sarries centre has been exceptional for the past couple of seasons and deserves his chance at international level - his selection for Wales just doesn’t feel quite right.

I say this both as an England rugby fan who is disappointed to lose a player of the ability of Tompkins to another country, and also as someone who thinks that the current eligibility rules are just plain daft.

Look, Tompkins is English, he’s come through the English system and played all his rugby in England and has represented England at both U20 and Saxons level - and yet by virtue of the fact that he has one Welsh grandparent he is somehow eligible to play for Wales? That's just nuts.

I know the argument - under the current eligibility rules he can be selected by Wales. Well, sorry, but the single grandparent rule is an ass.

And yes, I know that England have pulled a similar stunt in recent times with the selection of Brad Shields (although at least he had committed to join an English club), but that doesn’t make it any less farcical.
Posted by TotalFlanker at 12:24 1 comment: Links to this post 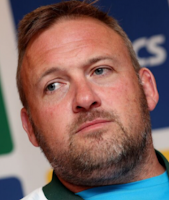 I'm loving the fact that England, having had their forwards routed by South Africa in the World Cup final, have just appointed Matt Proudfoot - who has coached the Springbok pack for the last 4 years - as the new England forwards coach.

Big things are therefore expected of the England pack this Six Nations, not least at the lineout where Steve Borthwick - lineout geek extraordinaire - can now focus 100% in his new guise as skills coach.

I'm also encouraged by the appointment of national 7s coach Simon Amor as England's new attack coach. Having previously suggested Ben Ryan - who led Fiji to Olympic 7s glory - for the role, I'd say that Amor - who coached GB to a silver medal in Rio - is probably the next best choice.

Now, all we need is for Eddie to announce the England squad to get really excited...!

Posted by TotalFlanker at 12:23 No comments: Links to this post

Salarygate: the story that refuses to die 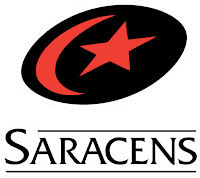 With Nigel Wray having stepped down, new Sarries CEO Edward has admitted that the club face a period of instability as they try to demonstrate beyond doubt that they are currently operating within the Premiership salary cap rules.

What seems obvious to most (but not, it seems to Premiership Rugby) is that it is becoming increasingly essential that full details of the salary cap breach judgment against Saracens are released. as, without such full disclosure and transparency, the matter is bound to rumble on, with advocates on both side of the argument left unsatisfied.

Likewise it would be useful to understand what audit procedures Premiership Rugby has in place to police the salary cap across the league if we are to rid ourselves of the suspicion that one club is being scapegoated here. Let's not forget that it was a Daily Mail investigation that ultimately led to Saracens being punished, and I'm not convinced that the integrity of our game should be reliant on the whim of a national newspaper editor.

Again, a little transparency wouldn't go amiss.
Posted by TotalFlanker at 11:47 No comments: Links to this post 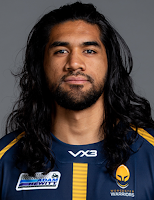 This blog's thoughts are with Worcester Warriors lock Michael Fatialofa, who remains in intensive care having suffered a serious neck injury in a collision against Saracens at the weekend.

Our sincere best wishes go out to him and his family...

Posted by TotalFlanker at 10:22 No comments: Links to this post