Finn Russell drinks himself out of Six Nations? 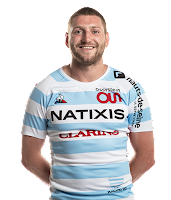 It takes quite something to keep Saracens out of the headlines these days (more on that later) but Scotland's outside half Finn Russell has somehow managed it.

Russell appears to have fallen out spectacularly with Scotland coach Gregor Townsend after having, it's being reported, turned up at the Scottish training camp last Sunday evening and headed straight to the hotel bar to get on the lash!

Consequently Russell finds himself out of the Scotland squad for the opening fixture against Ireland next Saturday and, unless his relationship with Townsend can be repaired, possibly out of the entire Six Nations.
Posted by TotalFlanker at 10:54