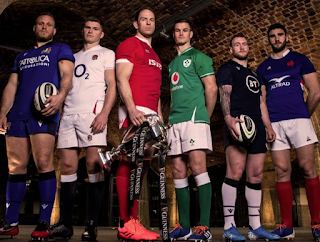 I've fed all the relevant data into my computer-like brain and the printout reads as follows:

I've heard it said that this is could be the most important game in Italian rugby history as they have to win to retain any credible claim to remain in the Six Nations. I'm not sure that's quite the case but for all sorts of reasons I'd like them to succeed. Sadly I'm afraid just can't see it happening. Italy will be better at home but still not good enough. Scotland by 12.

The wheels almost came off for France last time out against Italy when they started to believe they were better than they actually were. They'll be very competitive in Cardiff, no doubt, but I'm not convinced that they have the maturity yet to win a big game on the road. Wales to win by 9.

Despite the fact that Ireland are showing some very decent form, I had England down to win narrowly on the the basis that the return to Twickenham would galvanise this England team and they should come flying out of the blocks. And then I saw the team selected by Eddie Jones, who appears to be taking a perverse pleasure in picking players out of position to make a point that no one quite gets. Sad to admit it, but Ireland by 9.
Posted by TotalFlanker at 12:00

Only 5 out of 10 for yesterday's predictions, hope you don't mind if I hope your wrong today!