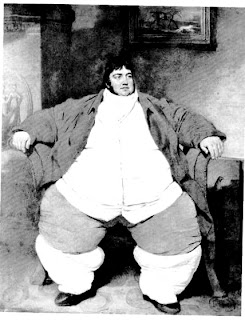 Stephen Jones wrote in yesterday’s Sunday Times that when Brian Ashton comes to choose his forty-strong World Cup training squad later this week, he should focus on picking players of large stature and those that have been tried and tested.

Jones has been down this route before, so I won’t accuse him of a knee-jerk reaction to England being out-muscled on the recent tour of South Africa. However, the idea of picking a squad on size and physicality alone smacks purely of damage limitation and, as Ashton said before the recent tour, “Brian Ashton doesn’t do damage limitation.”

Jones’s point is that England need to dominate the collisions which is fair comment as far as it goes but isn’t nearly enough. What happens when we win the ball and find that all we have is big lumps to crash it back in and try to win it again, or even if we’re able to spot an overlap we’re entirely unable to exploit it?

His obsession with size leads him to some bizarre conclusions – he goes for Andy Farrell purely for his size for instance. Farrell has been treated pretty shoddily by the media after a difficult first Six Nations, but if you’re going to pick him you do so for his excellent distribution skills, not just because he’s a big lad. Jones also goes for the Saints’ Jon Clarke because he’s “big and potentially good” which, 3 months or so before a World Cup, is bizarre reasoning to say the least. He also advocates the case for including Ayoola Erinle and, while I too would have liked to have seen Erinle tested at international level over the past season or so, for Jones to say that not being able to pass doesn't matter for a potential international centre just beggars belief.

The other strand of Jones’s argument is that England should go for the tried and tested but, as far as I’m concerned, for "tried and tested" please read "tried, tested and failed.”

Jones appears oblivious to the fact that many of the players he names have simply underperformed for a number of years...Josh Lewsey has had a torrid couple of years in an England shirt whilst Mike Tindall hasn't been a force since the last World Cup and appears to have no concept of how to put a man in space (his comical attempt to pass to Lewsey in the France match this season, when Lewsey was all of 2 feet away, neatly summed up his limitations). Ben Cohen? Last good game for England was probably in June 2003. Ditto Ben Kay. Danny Grewcock? Not been at his best since the 2001 Lions tour. The list goes on…and to name only Martin Corry and Lawrence Dallaglio as number 8s in the squad suggests that England will struggle to carry the ball over the gain line in France and therefore will have no chance of winning the collisions upon which Jones puts so much importance.

I could go on, so can only hope that Ashton sticks to his principles when he picks his squad this week. There were signs in the Six Nations, at home to France and even in defeat in Cardiff, that England were developing a cutting edge. By all means shore up the pack in certain areas but to abandon the progress made all for the sake of a likely World Cup quarter final exit (which is what will probably happen no matter what side he picks) would just be madness.
Posted by Total Flanker at 13:26