The Total Flanker Guide to: Warming the bench 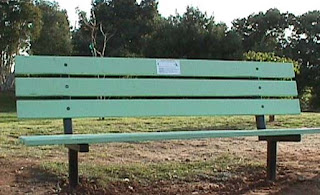 Before continuing to provide yet more invaluable advice in this blog about how to play a variety of positions I know little or nothing about, I thought it worth a few words about the etiquette involved and the behaviour expected when you are named as replacement.

In this modern age of impact substitutions and having to have front row cover on the bench, there probably isn’t the same status (or lack of it) attached to being a replacement as there was in my day (blimey, how much of an old fart does that make me sound?).

Being on the bench usually meant that not only that you weren’t considered quite good enough to be in the 1st XV, but also that the 2nd XV had also decided that they could manage without your services that particular week. It was also usual to name 1 forward (always a backrower as there were always plenty of us to go round) and 1 back (usually a centre for the same reasons). Consequently, in my younger days, I occasionally had to do my duty and serve time on the bench.

So, the ego having been well and truly mangled when the team sheet arrived in the post on a Thursday morning (yes, there was a time before emails and text messaging), it was essential to devise a strategy to make sure that, when the selection committee met the following week, you were not cast off into the barren wastelands otherwise known as the 3rd XV.


What follows therefore is a survival guide to being a replacement which, with a little tweak here and there, can be equally applicable today:

There, that about covers it. Hope that helps…
Posted by Total Flanker at 23:29

ah, your blogs are simply brilliant. Absolutely love them. I'm trying out for fly-half this wednesday for my town's team, and your blogs make me laugh and seem potentialy very helpful