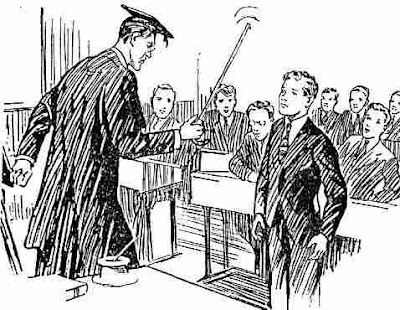 Welcome to the 200th post on Total Flanker. Time for a rant...

Further to the news that the unfortunate Danny Cipriani has been making headlines as much for his antics off the pitch as for his excellent performances for Wasps, it seems that the weekend also provided us with a couple more unsavoury off-field incidents involving high profile rugby players...

On Sunday a very drunk Gavin Henson and three friends are reported to have subjected a train carriage to two hours of abuse and anti-social behaviour. Henson and his pals were allegedly vomiting, spitting, swearing, intimidating others and punching each other on a train home from London to Cardiff following the Ospreys victory over Harlequins.

Henson was described by a 44-year-old primary school teacher as "an animal". Henson and his three friends, "smelt of vomit and alcohol. They were getting more and more abusive and there were children on the carriage." British Transport Police were alerted and met the train at Cardiff and now Henson at the very least faces an Ospreys disciplinary hearing.

No doubt apologists for Henson will say that the incident has been blown out of all proportion owing to his high profile. But I seriously doubt it. Henson has a history of loutish conduct when drunk and if there's an ounce of truth in the story the Ospreys should throw the book at him.

Meanwhile, Gloucester fly half Ryan Lamb spent around 12 hours in police cells after a city centre disturbance in the early hours of Saturday morning and he was later charged with using words or behaviour that could cause fear of unlawful violence.

You have to ask what a professional rugby player is doing out on the streets of Gloucester at 2 am on a Saturday morning. That he wasn't playing for his club at the weekend is irrelevant, and I simply don't buy into the argument that he was simply letting his hair down like all 21 year-olds do. He has to accept that he is a professional rugby player and has a duty to his club and to himself to behave accordingly and, in any event, common sense should tell him that, as a high profile figure in Gloucester, he is likely to be the target of unwanted attention when out on the town locally. The same goes for Cipriani - his choice of "women" has been a tad unfortunate, but it's his lifestyle that exposes him to these situations and makes him easy prey for unscrupulous journos.

And these are not just isolated occurrences. Last year England's Olly Barkley was arrested in Newquay by police using CS spray after a fight in which a man suffered a broken jaw, Doug Howlett's drunken rampage recently caused thousands of pounds worth of damage to vehicles outside a Heathrow hotel and Australian rugby has suffered several incidents of drunken behaviour in the last 12 months, the most recent involving Scott Fava and a small marsupial.

Of course, drunken conduct by rugby players is hardly a new phenomenon - drinking has always been (and will always be, thank heavens) part of the amateur rugby culture, and while the game remained amateur the sight of intoxicated international rugby players wasn't at all uncommon if you knew where to look. The difference was that it was largely kept out of the public domain. Professionalism has changed all that. Expected standards of behaviour are, quite rightly, higher. Not only that, but a player's public profile is also that much higher, bringing with it increased responsibility.

Furthermore, we're coming very near to the point where no top player will have played in both the amateur and professional eras, so kids now leave school and, instead of heading off to university to drink themselves silly for three years, join a club's academy where they train, train and train some more before being left to their own devices. It's incumbent on the clubs, and on the senior players at those clubs, I think, to mentor young players both on and off the pitch to make sure that their approach to life is more balanced and more responsible. Otherwise one only has to look at football to see where all this might end.

Cipriani and Lamb are arguably two of the finest fly half prospects England have produced for years and it would be a travesty if they were allowed to waste their obvious talents. As for Henson, I wonder whether it's already too late?

Here endeth the lesson :)
Posted by Total Flanker at 09:49

henson, Cipriani, Barkley, Lamb. Something in common there methinks.

Without a shadow of a doubt, 10's have been the poorest drinkers in any of the teams I have played with.

An excellent point, well made!