(Not such) great expectations 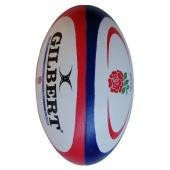 For those expecting England to cut loose against the Welsh at Twickenham on 2nd February - think again.
As the Scots, Welsh and Irish all put their feet up and turn their thoughts to the start of the Six Nations, please spare a thought for the English players (and indeed the French players) who will still be knocking seven shades of the brown stuff out of each other as the insane domestic schedule grinds on this weekend.
Yes, the clubs and the RFU have agreed a programme that will allow the England coach increased access to the England players and blocks out training periods ahead of international games, but sadly this won't kick in until July, leaving Brian Ashton with little preparation time ahead of this year's tournament.
The England players are, I expect, planning to meet up on Sunday - giving them a total of six days to prepare to face Wales. However, with only Sale, Quins, Gloucester and Wasps playing on Friday, only 16 of the squad might be able to train on Sunday, assuming the players will need one day to recuperate. A further 10 players, due to play on Saturday, might make training on Monday while the Bath contingent who play on Sunday (Steve Borthwick, Lee Mears and Matt Stevens) could possibly be ready to train Tuesday. With the day before a match generally regarded as a rest day, this only leaves Tuesday, Wednesday and Thursday for the squad to prepare together.
All of this does assume, of course, that no injuries occur this weekend - which would be a bold assumption to make given the injuries last weekend to Simon Shaw and Peter Richards and the virus that appears to have stricken Paul Sackey. It also assumes that the England squad members will all play for their clubs and, while it is well within the various clubs' rights to select their best players given the importance of league points, one can only hope that there is an unexpected and unprecedented outbreak of goodwill which will allow many of the players a weekend off.
Whatever, it's little wonder that Brian Ashton's squad selection was what many observers thought to be conservative. In reality he'll only have time to re-introduce the players to the basic patterns of play that developed during the latter stages of the World Cup. Anything else will be a bonus indeed.
Posted by Total Flanker at 10:05