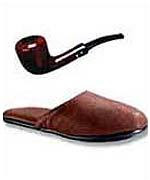 There has been plenty written about the announcement last week by Lawrence Bruno Nero Dallaglio that he is to retire from all rugby at the end of season, most of it glowing in its praise for Dallaglio as a player and as a leader of men.

What most writers appear happy to skate over or even totally ignore, however, is Dallaglio's propensity to shoot his mouth off to the media - whether it be his recent disloyal post-World Cup slagging-off of England head coach Brian Ashton or the seemingly forgotten News of the World "sting" in 1999 when the then England captain bragged to undercover reporters that he had smoked cannabis and taken ecstasy during celebrations after the 1997 British Lions victory over South Africa and had made "big, big" money from dealing in drugs while a student. Indeed, even his retirement announcement lacked any sort of humility, the somewhat deluded Dallaglio stating that there was still no better number 8 playing in the Premiership.

Don't get me wrong - as a player Dallaglio was a major force in his prime and was part of a superb England backrow unit for many years with Neil Back and Richard Hill, but after returning from his first international retirement in 2004 his form simply hasn't warranted him being picked by England and his selection for the World Cup squad, on the back of one his typically self-promoting PR campaigns, was a major error.

I do wish him all the best of luck in his retirement, but given his obvious appetite for being in the public eye I doubt very much that pipe and slippers are on the agenda or that we've seen the last of his trademark pantomime villain grimaces from the touchline...
Posted by Total Flanker at 16:32

Maybe professional wrestling in the UK can use a new vilian... No doubt that Dallalgio was a very, very good player, and he played well for Wasps in helping them win the Heineken Cup. I always thought he had a very, very high opinion of himself-but his conduct post World Cup was beyond the pale.

I like this blog is fantastic, is really good written. Congratulation. Do you want to see something more? Read it...:Great investment opportunity in Costa Rica: beach real estate, condo, condos for sale. Visit us for more info at: http://www.costa-ricarealestate.com