Throw the toys out Brian 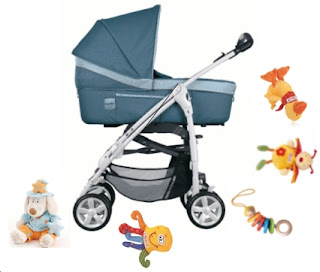 "You don't throw all your toys out of the pram because you've lost a game."

Wise, but in this instance, utterly wrong.
If ever there was a time to over-react to a defeat, to demonstrate that England's second half "Don't Panic Mr. Mainwaring" performance on Saturday was simply unacceptable, then this is it. The baby should most definitely be chucked out with the bathwater.
Marc Lièvremont has shown the way for France. A new era = a clean slate. Reputation counts for nothing. It's all about form.

Of course Brian Ashton won't go down this route, but here's who I'd select for the weekend's encounter in Rome:

Tight five: Leave untouched, unless Regan's neck injury rules him out, in which case I'd promote David Paice from the A team with Dylan Hartley on the bench. Lee Mears, to me, just doesn't have the physicality. Vickery had a good game at tight head and as skipper and removing his leadership skills from the fray in the midst of the England implosion on Saturday was just crass by Ashton.

Back row: With Rees and Moody both crocked I'd shift Haskell across to openside (where he's played for Wasps) and, unless Nick Easter's knee injury has healed 100%, hand debuts to the physically imposing Jordan Crane and, if fit, Tom Croft. Luke Narraway worked hard but failed to impose himself and seize the initiative when the game began to slip away from England in the second half.

Scrum Half: According to many match reports Andy Gomarsall had a decent game but I beg to differ. I lost count of the number of times I screamed "NO!" at the TV as he kicked away hard won possession. He's not been in form for Quins and his decision making was just abysmal. Wigglesworth to start.

Fly Half: Is it possible? Can it be? Could it happen? Will Saint Jonny be dropped? I seriously doubt it, but I feel it really is time now for Ashton to think the unthinkable. The citing officer may make the decision for him, of course, but in any event Danny Cipriani should be given his first start.

Centres: With Tindall out with a bruised liver (that's gotta hurt) and Hipkiss for some reason out of favour it's time to bring the prodigal Mathew Tait back into the outside centre position. Toby Flood probably did just enough to keep his place at inside centre (and plays regularly with Tait) but is under pressure from Shane Geraghty who was excellent for the A team on Friday.

Wings: It's a risk but, with Strettle out, big Lesley Vainikolo to start on the left. On the right wing Paul Sackey played half-reasonably on Saturday but Tom Varndell is currently in better form so, on the basis of "in for a penny, in for a pound," I'd pick Varndell.

Fullback: Again, many newspapers report that Ballsup had a good game overall on Saturday but, despite a few runs which ultimately came to nothing, I thought he was poor and his defensive game in particular was riddled with doubt and uncertainty. For the sake of solidity I'd bring back the even more prodigal Josh Lewsey.