(Not so) Iron Mike 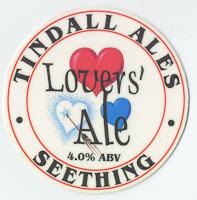 Mike Tindall's been in the news a bit this week.

Whereas the broadsheets have largely been homing in on a possible return to the England set up (heaven help us) when Martin Johnson unveils his squad next week, the red tops have been far more interested in Iron Mike's conviction for drink-driving this week.
The "rugby star boyfriend of Zara Phillips" (according to the Daily Mail) was banned from driving for three years having been pulled over by police the morning after a "drink binge" at Cheltenham races.
The Daily Mail seems particularly outraged in how much Tindall had consumed - (allegedly) four beers, seven glasses of champagne and a vodka with Red Bull in an eight-hour session.
LIGHTWEIGHT! No wonder English rugby is at such a low ebb.
Posted by Total Flanker at 09:23