The Total Flanker Guide to 2009 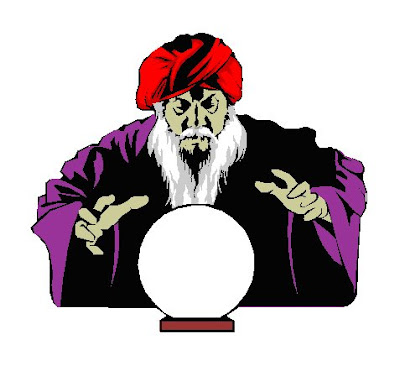 Happy New Year!
Welcome to 2009 and to the 500th post on his blog - quite an achievement really as when I started I had no idea whether this whole blogging lark would last more than a week. What's more, at some point yesterday the blog received its 40,000th visitor - a fact that leaves me somewhat gobsmacked.
It's traditional (i.e. I've done it once before) at this time of year for me to make several rash predictions so here goes:

Six Nations - I hate to say that I can't really see beyond Wales winning the 6 Nations although a Grand Slam might be beyond them this year as I think France will prevail in Paris. Actually, no - I really can't bring myself to tip the Welsh so I'm going to go with an utterly left-field prediction and say that England will take the tournament by storm, winning all their home games and also tasting victory in Dublin. And yes, I realise how daft that sounds. France to finish 2nd, Wales 3rd, Ireland 4th, Scotland 5th and Italy taking the wooden spoon.


Super 14 - With Robbie Deans not participating in version 1 of this year's Tap 'n' Go Fest, and with Dan Carter busy counting his Euros at Perpignan, it's difficult to see how the Crusaders can possibly retain their title this year. Nevertheless, in the absence of any deep knowledge (or, it must be admitted, interest) in other potential contenders I'm going with another title for the Crusaders.


Tri Nations - or version 2 of Tap 'n' Go - I overestimated the effect Deans might have on the Wallabies last season. Definite signs of improvement, but not quite enough to oust the All Blacks. This year could be even closer but I reckon the All Blacks will still have a bit too much for the Wallabies. On that basis therefore I'm going to predict Tri Nations glory for the Springboks.


Premiership - it's going to take a minor miracle for Wasps to come from so far back again this season to retain their title, but with the play off format you just never know. London Irish remain favourites to end up top of the pile at the end of the regular season but their relative lack of big match experience may count against them at the business end. With Leicester struggling for rhythm this season I'm therefore going to tip Bath to take the title. Newcastle Falcons, meanwhile, to be relegated with Jonny Wilkinson staying loyal to the cause and declaring that he has rediscovered the joys of rugby (whilst also embracing Scientology) in National One in September.


Heineken Cup - Despite their hiccup in the group stages I can still see Munster going most of the way in this tournament again and, of course, perennial favourites Toulouse should not be written off. I've a sneaking suspicion, however, that Harlequins - after their heroics home and away against Stade Francais - have their name on the trophy this season, Deano Richards becoming the first man to coach two clubs to Euro glory.

Lions - despite the English 6 Nations victory, a Welsh-dominated Lions squad heads out to South Africa in June. Undefeated going into the first test, the Lions are denied victory when an injury time try from a driving maul is ruled out by an "unsighted" Kiwi TMO. They lose the test by one point and go on to be thrashed in the rest of the series.


RFU - last year the governing body appeared to lurch from the sublime (opposition to ELVs, new deal with the clubs etc) to the ridiculous (review of World Cup, treatment of Brian Ashton etc). However, with the news that Big Wade Dooley is now on the RFU payroll as a citing officer (the most obvious case of poacher turned gamekeeper I've ever witnessed), I must admit have absolutely no predictions to make about how the RFU will conduct itself this year. My favourite favourite story about former Police Constable Dooley concerns his England second row partner, Police Inspector Paul Ackford. When Ackford was knocked out by a punch from the Pumas' prop Federico Mendez at Twickenham, Dooley is reported to have bent over his stricken colleague and muttered: "You can tell which bloody copper works behind a desk can't you." Classic.


IRB - despite widespread opposition the IRB will continue to try to push through the ELVs in order to save face and the jobs of several pen-pushers in Dublin. Ultimately I can see a wholly unsatisfactory compromise being reached and the players shrugging their shoulders and getting on with producing some seriously fine rugby for our entertainment.


Chesham Vets - a victory, any victory will do. I can feel it in my water boys, it's definitely maybe going to happen this year.
Posted by Total Flanker at 09:24

The crusaders will win "tap n' go 1" this year because, even though Deans is gone, Blackadder won't change the culture at all and from what I hear, a lot of cantab's reckon Stephen Brett will be better than Dan Carter.

It might be possible to read too much into how well Wales played in the Autumn internatioals. I still think they will be the team to beat in the six nations.

Munster and Toulouse both look very good in the H-Cup. It would be interesting to see if 'Quins can make a deep run. They certainly showed a lot of mental toughness in the two wins over Stade Francais, a team that would appear to have more talent than 'Quins.

Super 14: I am with Ciaron and I think the strength of the Crusaders won't diminish, although Brett has still a lot to prove. But I think the 'canes will be much tougher this year; let's not forget that they are adding up to three provinces (Taranaki, Manawatu and Hawke's Bay) to their already strong Wellington pool of players.

6N: I would pick either Wales or France.

Magners League: My pick is the Ospreys.