All aboard the bandwagon 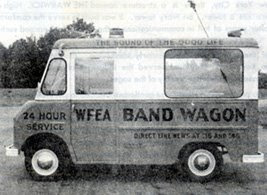 This whole "let's jump on the bandwagon and give Steve Borthwick bit of a kicking" thing is getting somewhat tiresome.
Not only is he apparently single-handedly responsible for England's results, England's performances and the lack of discipline shown by pretty much every England player (with the honorable exception of himself) , it seems that the whole world and his dog now agrees that Borthwick, rather than Nick Kennedy, should have been dropped from the team to face France tomorrow to accommodate the returning behemoth Simon Shaw. As far as the press is concerned, Borthwick is very much Captain Scapegoat.
I beg to differ.
If you ignore Borthwick's performance against Italy, which was poor (although he was far from alone in having a ropey game against what is still the most combative pack in the championship), Borthwick's form - strictly as a player - bears up pretty well under scrutiny.
Against Wales in Cardiff he tackled, tackled and tackled some more and simply worked his socks off - in my estimation he wasn't that far behind Joe Worsley in the heroic stakes. It's been pointed out (by a certain Sunday Times journalist with an obvious agenda) that Borthwick won no lineout possession in the game but this conveniently ignores the fact that, owing to the Welsh tactic of kicking in-field rather than into touch, England had 4 throw-ins in the entire match.
Against Ireland Borthwick again put in a decent shift - no, he's not as dynamic as Paul O'Connell for instance but, let's face it, not many are. It was still a thoroughly combative and hard-working performance and, both in the lineout and at close quarters, honours were pretty much even in my book.
It has been pointed out that Nick Kennedy has been a more productive lineout presence so far this championship but consider this - Borthwick has not only sacrificed his usual middle jumper position to accommodate the spring-heeled Kennedy, he has also called the majority of the throws to go to Kennedy to make full use of the London Irish lock's talents.
This selflessness has not only gone unrecognised by all except Martin Johnson, it has also been turned against Borthwick, the majority view being that he's not contributing enough to the team. That's utter nonsense of course, as not only has Borthwick been grafting ceaselessly at the coalface, he has also been trying to bring out the best in his second row partner.
Johnson recognises this, which is why Kennedy is the one to make way for Shaw this weekend. The Borthwick-Shaw combination is a proven one - the two having packed down together throughout the 2008 Six Nations for instance - and the balance of the pack is now significantly improved.
As for Borthwick's role as a captain, his only real fault is that he's not Martin Johnson - but then again, neither is anyone else. Given the relative inexperience in the squad Johnson needed a leader to help hold it all together and, despite all the unjustified flak, Borthwick had done just that, quietly and with dignity and, in my humble opinion, he just doesn't get the credit he deserves.
Anyway, Johnno knows a thing or two about captaincy - and the one thing he won't do, I trust, is to bow to pressure from a media-led lynch mob.
Posted by Total Flanker at 11:15