That was the weekend that was... 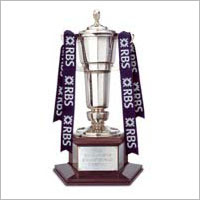 I know that this won't wash with rugby traditionalists and I'm darned sure that no Welsh fan, stranded in Paris on Friday night with all the bars and restaurants closed, will agree with me but I thoroughly enjoyed sitting down in front of the telly, beer in hand, on Friday evening to watch France v Wales.

Frankly, if that is what's going to be on offer every time there's a Friday night match then bring it on! A wonderful match played at breathtaking pace throughout, with France emerging deserved winners. And what a talent they've stumbled across in young Monsieur Bastareaud - or Bastardo as he was referred to by Austin Healy - that was some performance.

The less said about Scotland v Italy the better - it was about exciting as watching milk curdle (and that does a disservice to milk). As for England's efforts, Johnno has every reason to be furious. Whereas the Welsh game two weeks ago was a match England could have won, yesterday's was really a match they should have won. I'm not saying that they were the better team, only that Ireland were only marginally less poor than England and if ever they were ripe for the picking it was yesterday. It's becoming an all too familiar tale of ill-discipline and missed opportunities for this England team and they will need a huge turnaround in form and attitude to subdue a revived France at Twickenham in a fortnight.

As for Ireland - still on course for the Slam but on that performance they'll struggle to make it passed the Scots, let alone the Welsh.
Posted by Total Flanker at 15:30

Ireland really looked ripe for the taking by England. What a miserable first half!

The Frenchies look like they stumbled onto some good young talent in Basteread and Parra filled in well, I think.