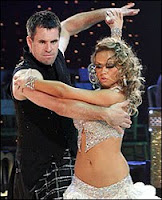 Last week I attended a breakfast run by London Wasps Business Club, something I've done a few times over the past year or so.


The Business Club, I find, is a good opportunity to network with businesses in the locality with the added advantage that talk does tend to centre on rugby rather than business which, on balance, can only be a good thing. More importantly, perhaps, they serve up a sensational full English breakfast - cholesterol city.

Moreover, Wasps usually get a decent speaker along to entertain the gathered throng which in the past year has included the Wasps physio Prav Mathema, Premier Rugby CEO Mark McCafferty, former England wing Jon Sleightholme and Wasps' owner Steve Hayes.

Last week it was the turn of former Wasps and Scotland winger and dancing legend Kenny Logan who recounted his journey from farmer to professional rugby player to ballroom sensation (sic) to businessman. Although it could have been shorter (less being more) and included one or two brazen plugs for his autobiography and for his new business venture with former Wasps flanker (and latterly the club's Commercial Director) Peter Scrivener, Logan's speech was nevertheless fascinating, especially his comments on how he had to cope with chronic dyslexia which meant that he only learned to read and write when he was 30.


Logan's presentation also made me wonder just how many of the current batch of young professional rugby players would be capable of giving such an entertaining speech once they have retired from the game. On what, after all, could they base any anecdotes? They haven't been to university, for instance, or had a job, or lived any sort of life outside of training and playing the game. They are told what to do and when to do it and barely seem able at times to think for themselves. What they will do when they can no longer play rugby is anyone's guess but my bet is that they won't be troubling the likes of Messrs Geenwood, Healey etc on the after dinner speech circuit.
Posted by Total Flanker at 23:00