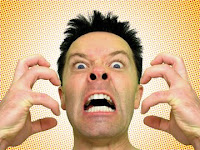 Frustration, huge frustration, was my overriding emotion on Tuesday evening as Touch Rugby wound up for another year.

After a regular “season” in which the Odd Bods had remained unbeaten and finished top of the pile, we had to endure a dreaded ‘play off’ against the absurdly youthful Angry Leprechauns who had finished a distant 4 points behind.

After a 14-all draw 2 weeks ago we knew it would be tough and so it proved. We didn’t play that badly, but conceded soft tries at important times and, for once, failed to finish strongly enough. A 12-10 defeat saw us end up as the bridesmaids of the competition – the Touch Rugby equivalents of Gloucester.

Despite the overall sense that we really coulda, shoulda won this match I must say that this summer’s Touch Rugby has, as a whole, been an absolute joy – some superb games and a great bunch of team mates.

Final thoughts are for one of our team members, Mike, who went down as if being shot in the first minute of Tuesday’s game with a suspected ruptured achilles, and for his wife Mary who went on to play an absolute blinder.
Posted by Total Flanker at 10:16