Hola Amigos - I'm back from my hols tanned (aka burnt), relaxed and looking forward to getting back to work (not).

While I gather myself and summon up the energy to resume blogging, here's evidence that at least a few Australians know the words to their national anthem...

Posted by Total Flanker at 12:27 2 comments: Links to this post 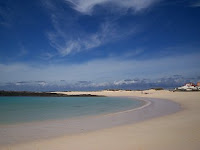 Just a quick post to let you know that I'm buggering off for 2 weeks to the island of Fuerteventura tomorrow and so will be almost entirely incommunicado.

Relaxation will be the order of things with maybe the occasional jog along the beach if I'm feeling too guilty (highly unlikely). I may even participate in a bit of windsurfing spectating if I can summon up the energy.

In the meantime my best wishes go out to the England Women's rugby team who kick off their World Cup campaign against Ireland next Friday evening. All things point to an epic England v Black Ferns final on 5th September but there's the small matter of getting to the final first.

For a rough guide to the tournament try this...

Good bye and good luck...
Posted by Total Flanker at 12:23 No comments: Links to this post 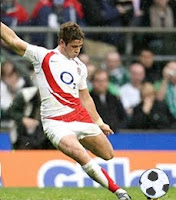 The story that Danny Cipriani is considering quitting rugby for a career in football refuses to go away.

Despite Cipriani's denials and his insistence that his recent training stints with Queens Park Rangers and Tottenham Hotspur have been no more than attempts to keep up his fitness, that bastion of all things good and true, The Daily Mail, insists that Cipriani could make the switch to the round ball game professionally.

This appears to be based on the fact that Danny-boy played in a reserve match for Spurs against Malaga earlier this summer and the fact that Spurs coach Tim Sherwood commented:  "When he put the kit on, he didn't look like a rugby player, he looked like a footballer."

How ridiculous. On that basis Tim Payne could play prop for England. Oh, wait a minute...
Posted by Total Flanker at 18:37 No comments: Links to this post

I know it's Rugby League, and Australian Rugby League at that, but I was gobsmacked by the recent story about a rugby league player in Melbourne being banned for life for taking a KNIFE onto the field during a match in Victoria.

After a rough tackle which sparked a brawl in a match between Chaffey Titans and Mildura Tigers, a certain Kava Lumanuvao retrieved a knife from his car before returning to the field.

Fortunately he was disarmed by his coach and Titans teammates and nobody was injured but I can't help but think that by getting banned from the game for life he got away lightly.
Posted by Total Flanker at 09:02 2 comments: Links to this post

Batting above his average? 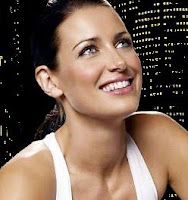 Speaking of blokes who have batted above their average (i.e. Danny Cipriani - Kelly Brook), news this week that former England and Wasps (and current London Welsh) winger Paul Sampson has married the rather beautiful Kirsty Gallacher (pictured).

Now, it may appear a tad harsh to accuse the perfectly presentable Sampson of batting above his average (and, after all, who am I to criticise?) but it does appear that being a professional rugby player certainly has its perks nowadays.

Other examples of blokes who have arguably swum a yard or two out of their depth in recent times include Gavin Henson, Mike Tindall and maybe even Brian O'Driscoll (although being rugby deity probably disqualifies him from the list).

I'm sure there must be others - answers on the back of a postcard please...

What Danny did next...

Or rather, just what is Danny Cipriani getting himself into?

And I'm not talking about Alexandra Burke or his incredibly newsworthy attempts to get into a friend's Lamborghini (don't ask).

No, what I'm wondering is what sort of outfit Cipriani's new team, the Melbourne Rebels, are likely to be.
Being a brand new franchise the Rebels have, naturally, launched a new kit - a fairly unremarkable blue (Victorian blue, apparently) ensemble with five stars running down the middle of the chest, supposedly each star representing the team's player pledge.
The what? Yes, Danny and his fellow players will be delighted to know that some branding genius has been paid a small fortune to come up with a 5-star player creed, namely:
Respect
Excellence
Balance
Ethos
Leadership.
Do you see what they've done there?
How could any self-respecting rugby player fail to be inspired by that?


Posted by Total Flanker at 09:09 No comments: Links to this post 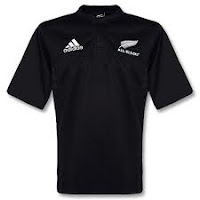 According to Peter Bills of the Independent, the New Zealand All Blacks are currently revolutionising the way rugby is played.

Clearly they are doing nothing of the sort. The All Blacks are merely doing what they habitually do in between World Cups – i.e. they are playing rugby better than anyone else. As a consequence they are dominating a Tri Nations competition in which the Springboks (and in particular their insane coach) have lost the plot and in which the Wallabies continue to be maddeningly inconsistent.

Bills, obviously a graduate of the University of the Bleeding Obvious, also claims that English club sides could learn a thing or two from the All Blacks. I wish I was paid for such startling insights.

Bottom line is that New Zealand have an excellent rugby team playing extremely well 13 months ahead of the start of the World Cup. ‘Twas ever thus.
Posted by Total Flanker at 18:19 1 comment: Links to this post

Just think. There you are, a better than average winger turning out regularly for Hull Ionians in National League 2 North, training a couple of times a week, having a few bevvies with the boys afterwards and generally feeling pretty good about yourself. Pre-season training is well underway - it's hard but you're getting fitter slowly but surely and you're beginning to feel sharp and ready for the new season.
You've taken a look at the fixture list for the coming season and note that the first league game is at home against Fylde. Not bad, you think, they finished a couple of places higher than us last season but we can definitely beat them on our own patch.
And then someone whispers into your ear - Fylde have signed Jason Robinson. What - Jason who used to work on the deli counter at Tescos and played Colts rugby with us a couple of years ago? No, THE Jason Robinson, League and Union legend, England and Lions legend, possibly the best player this country has ever seen and did I mention he's a LEGEND?

Blimey. Better turn up for training this week then.

Posted by Total Flanker at 10:37 2 comments: Links to this post