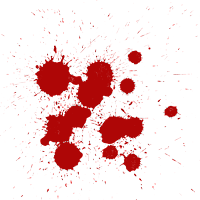 So, as predicted, Martyn Thomas has been forced to resign as chairman of the RFU at today's AGM at Twickenham.

The announcement comes following publication of Judge Jeff Blackett's damning report into the Steele-gate/ Woodward-gate affair, a report which apparently called for Thomas's resignation as well as nine other non-executives on the management board.

And so the blazers in the curry house have had their way, leaving the RFU with no permanent chairman, no permanent chief executive (although bizarrely Thomas will continue as acting CEO) and no performance director. And all less than 9 weeks before the World Cup kicks off.

Even by the RFU's lofty standards this is spectacularly inept.
Posted by Total Flanker at 23:04

How right was Will Carling? Inept? This is more than inept, this is criminal...

Dont forget no Finance Director either. You couldnt make it up.