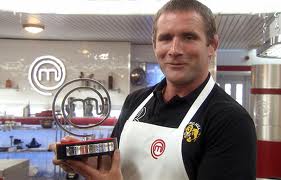 Putting the World Cup firmly to one side, I couldn't pass up the opportunity to congratulate former England skipper Phil Vickery on his victory in Celebrity Masterchef this weekend.

He may not have lifted the Webb Ellis Cup in 2007, but surely winning the coveted Masterchef trophy is compensation enough.

The Raging  Bull saw off the challenge of broadcaster Kirsty Wark and actor Nick Pickard in the competition's final.

We invite all the rugby community to connect in www.rugbylines.com, a rugby social network for rugby people from all around the oval world.