My Lords, ladies and gentlemen, it gives me great pleasure to welcome you all to the 5th Annual Total Flanker Awards ceremony.

Yes, another year has passed by as if driven by Sebastian Vettel and here we are once again, deep into the festive season and poised to pay homage to the achievements of those who have caught our attention during the last 12 months.

It’s hardly been a year without incident, with political infighting, controversial refereeing, dwarf tossing and the very occasional outbreak of rugby to keep us entertained and so, without further ado, let’s gets straight to our first award of the evening, the Total Flanker Tales of the Unexpected Award.

One nominee for this award is the Welsh rugby team. Who’d have thought during Warren Gatland’s annus horribilis during 2010 that he’d be able to turn out such a competitive outfit at the World Cup? Another deserved nominee is the Saracens club. Who would have expected the South African-owned outfit to pack their backline with such exciting young English-qualified talent as Owen Farrell, Alex Goode, Ben Spencer, Brad Barritt and David Strettle (oh, and Charlie Hodgson)? Most unexpected. But no, the Award in fact goes to the entire nation of New Zealand. I hold up my hands to say that I believed that holding the RWC in New Zealand would be an error, that the infrastructure would struggle to cope and that the public’s obsession with the All Blacks would be to the detriment of the tournament as a whole. How wrong I was as the nation of New Zealand simply embraced the event and put on a superb tournament. I only wish I could have been there.

So, onwards and upwards to the Total Flanker Soap Opera Award. Only one possible winner here and, while the Lapasset v Beaumont spat at the IRB did its best to compete, the Rugby Football Union wins this award hands down. After a year which started so promisingly the RFU entered the last month of the year with no permanent CEO (Ian Ritchie having in fact been appointed earlier today), no Performance Director, no permanent Head Coach, an utterly discredited Management Board and more votes of no confidence and political infighting than you could shake a stick at. Eastenders and Coronation Street don’t even come close.

And now to the Total Flanker Utter Disgrace Award. And no, this is not another dig at the RFU, or an excuse for berating the England rugby squad, or a tirade against Prince Michael of Tindall. No, the much deserved recipients of this award are the honourable gentlemen of the British press corps whose rabid, moralising pursuit of scandal in New Zealand did them no credit whatsoever and the fact that they remain so smug after the fallout from England’s campaign is, in all honesty, a complete and utter disgrace. Never was an award so aptly named.

Moving swiftly along, our next award this evening is the much sought after Total Flanker Ascent into Sainthood Award. One illegal tackle in a World Cup semi final was all it took to start the process of beatification for Wales skipper Sam Warburton, whilst it seems that every time the Right Reverend Graham Henry now opens his mouth the media lap up his words as if they were at the Sermon on the Mount. But no, there is only one man this award could go to. Step forward St. Richie of McCaw whose one-legged, gravity-defying performance against Australia in the World Cup semi final simply beggared belief.

Next up is the Total Flanker How the Mighty Have Fallen Award. Nominees for this award are all, sadly, associated with England’s failed World Cup campaign. Martin Johnson – still a legend as a player but visibly diminished by events in New Zealand; Jonny Wilkinson – again, will always deservedly be a hero to English rugby fans but was reduced to blaming the balls for his kicking implosion at the World Cup; and the winner, Chris Ashton. I realise that this sounds more than a tad harsh, but I really did have high hopes for Ashton - half way through the 6 Nations he was flying (quite literally) but, when it mattered, when it really mattered, he simply did not deliver (hatfuls of tries against Georgia and Romania notwithstanding). I can’t help but think, though, that if he lost the swallow dive, lost the off-field antics and lost the onfield petulance he could be still be truly phenomenal.

Nearly there now – our final award is the Total Flanker Lucky Bastard Award. The clear winner of this gong is none other than Mr Warren Gatland. After another mostly underwhelming 6 Nations from Wales, Gatland looked to be pinning his hopes on the return of the prodigal son, Gavin Henson, to restore flagging Welsh hopes. Fortunately for Gatland, Henson injured his hand and was ruled out. Equally luckily, Stephen Jones was injured in the warm up before the friendly at Twickenham, allowing utility back Rhys Priestland to step in. And to cap it all, skipper Matthew Rees was ruled out with injury, the captaincy passing to the inspirational Sam Warburton. Not so much a meticulously planned campaign then, more like a series of extremely fortunate events.

And that’s it – all over for another year. For those with a short attention span here’s a list of our Awards this evening:

Posted by Total Flanker at 21:36 2 comments: Links to this post 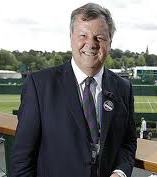 The Rugby Football Union has announced the appointment of former chief exec at the All England Lawn Tennis Club, Ian Ritchie, as its new CEO.

Must say, he looks good in a blazer.

He'll fit right in.
Posted by Total Flanker at 18:40 No comments: Links to this post 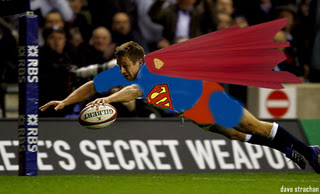 The stats, however, only tell a fraction of the story.

Had Jonny Wilkinson not suffered such a succession of serious injuries after 2003 he would have undoubtedly set benchmarks in international rugby that would surely never have been matched. 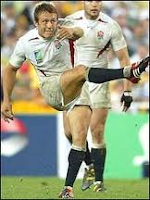 And yet doubts persist (not least in his own mind) about whether he was/is a truly great player, doubts which should simply be dismissed.

From 1999 to 2003 no other fly half came close to Wilkinson on the rugby pitch. Forget talk of being manufactured or of being only a kicker and a tackler. Put simply, Jonny was a phenomenal rugby player.

And as for that drop goal...

Furthermore, his international retirement is a typically selfless act. How easy would it have been to hang on in there and win another 3 caps off the bench to take him to the magic 100? That Wilkinson instead chose to relieve the new management team of the pressure of having to decide whether to leave out England's favourite son is a mark of the man.

Enjoy the sun on your back in Toulon, Jonny...

Posted by Total Flanker at 13:30 No comments: Links to this post 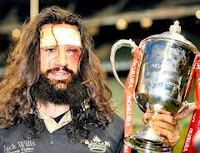 Those wondering as to what might have happened to Sébastien Chabal need wonder no further.

Last Thursday Chabal (or, given his energetic contribution, a 2006 time-travelling version of Chabal, complete with posh home counties accent) turned up at Twickenham under the pseudonym “John Carter” where he led Oxford to victory over a far better looking (‘twas ever thus) Cambridge in this year’s Varsity Match.

So now you know.

Posted by Total Flanker at 18:24 No comments: Links to this post 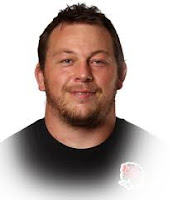 Sad news about the re-retirement of Steve "Wally" Thompson, following another neck injury - not least because (unlike Ickle Shane) he departs the game with a whimper rather than a bang.

Although his second coming was nowhere near as impressive as his first, the game will still miss the man who (in my humble opinion) was the world's best hooker in 2003.
Posted by Total Flanker at 08:58 No comments: Links to this post

Having last season been punched into next week by Manu Tuilagi, on Saturday he exacted his revenge by pulling Manu's brother's hair. Sweet revenge indeed.

This time last year Ashton was being talked about by many as possibly the best winger in world rugby. And today? A swallow-diving, dwarf-wrestling, maid-abusing, hair-pulling show off. Time to grow up.
Posted by Total Flanker at 21:16 3 comments: Links to this post

That they were denied a clean sweep – Saturday’s 8-all draw sitting alongside their 10-0 victory at Twickenham the previous Saturday and their their 21-7 win on Tuesday – should take nothing away from their achievement.

The fact that both teams managed to play 3-match international series in the space of a week is also noteworthy and a testament to the players’ fitness. 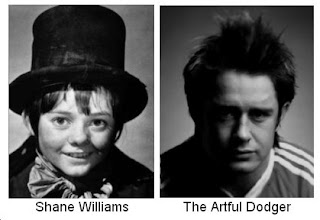 And so, a fond farewell to Ickle Shane Williams.

Although personally never wholly convinced by the little maestro (which I realise sounds a tad churlish), there's no doubt that he was capable of moments of magic and, although not quite the fairy tale ending, there was still barely a dry eye in the Millenium Stadium when he crossed for the final try against Australia on Saturday.


Furthermore I doubt we'll see his like again now that behemoth wingers have become the norm.
Posted by Total Flanker at 23:31 No comments: Links to this post