Posted by Total Flanker at 22:47 No comments: Links to this post

Time (as Mrs Merton used to say) for a heated debate...

This week the Burning Issue of the Week is this:

Philippe Saint Andre's decision to drop Louis Picamoles for displaying a lack of respect to referee Allain Rolland is:

(a) a fine display of principle from a coach prepared to stand up for the true values of rugby; or

(b) a cynical ploy designed to draw attention away from his own failings whilst resting his key forward for the final weekend showdown with the Irish?
Posted by Total Flanker at 18:39 1 comment: Links to this post 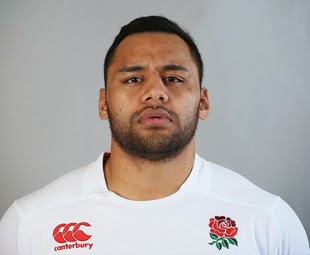 Sorry to hear that Billy Vunipola is out of the rest of the 6N. Best number 8 in the tournament so far in my humble opinion, ahead of such stellar names as Parisse, Picamoles, Heaslip and Faletau.

Still, with Big Ben Morgan coming into the team England won't lose out too much in terms of rumbustious ball-carrying.

What is strange, though, is the implication by Stuart Lancaster that either Tom Johnson or Matt Kvesic will now come onto the bench. Big Ben rarely lasts more than 60 minutes or so in an international, so where will England's oompf be during the last quarter of the Wales match or, heaven forbid, should Morgan depart the field of play any earlier?

Dave Ewers or Sam Dickinson for the bench please, Mr Lancaster.
Posted by Total Flanker at 19:29 No comments: Links to this post 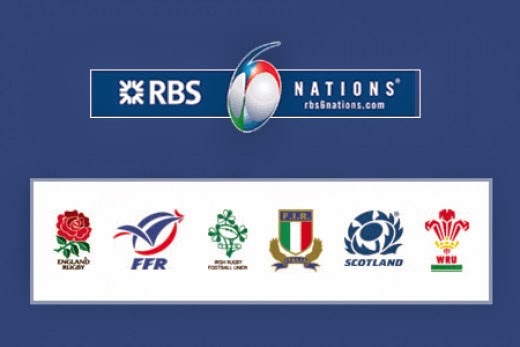 1. It was inevitable George North would score a try against France on Friday as soon as I dropped him from my Fantasy XV.

2. Given how poor France were, England must be kicking themselves that they didn't seal the deal in Paris on the first weekend.

3. Scotland - where the hell did that second half come from?

4. Forget "Fortress Twickenham" and all associated gimmicks. Just give us rugby like that every time and the "mood" will look after itself.

5. On the basis of what I saw at Twickenham I can't see France troubling an excellent Irish team in the last round - and with Italy at home next up Ireland must be considered favourites for the title at this stage.

Posted by Total Flanker at 16:30 No comments: Links to this post

Win some, lose some

Now that we're on a Six Nations mini-break perhaps we can, at least temporarily, put tribalism to one side and consider the changes, widely reported in recent weeks, being implemented in kids’ rugby by Surrey RFU.

Such changes, we are told, will now include tournaments with no overall winner being declared and will also feature "mixed ability" teams which must be weakened if winning too easily.

Predictably enough such moves have caused outrage in Daily Mail reading middle-England, with the likes of Esher RFC, for instance, threatening to boycott future tournaments. Political correctness gone mad and all that.

It hardly helps matters that RFU Development Director Steve Grainger justifies the changes by use of gobbledegook such as “presenting a format that suits" and “delivering to our customers.” At its core, however, the thinking behind such change is not as barking as it first appears..

Let’s face it, if you’re a small child being asked to tackle a bunch of big-boned early developers who just steam-roller over the top of you on a freezing Sunday morning somewhere in deepest Surrey, what exactly are you getting out of the game? Come to think of it, what are the bigger kids learning if they’re finding it all so easy?

However, whilst the intentions behind the changes are fundamentally sound, the answer, clearly, is not to attempt to remove competition from the equation. Anyone who has kids who play sport will know that they play it to win. Give a bunch of kids a ball  and ask them to make up some rules and they won't devise a game which doesn't involve keeping the score, so not to declare a winner is simply nonsensical. After all, whether you’re told the score or not, you know when you’ve just suffered a drubbing and no amount of “the score doesn’t matter” is going to make you feel any better. More importantly, learning how to win and lose with a modicum of good grace is an important lesson in life.

If enjoyment is the goal, far better that rugby continues to be promoted as a game for all shapes and sizes by perhaps limiting full contact until kids are older, thus encouraging the development of skills and spacial awareness rather than just rewarding brute force and good genetics. And surely it cannot be beyond the wit of the powers that be to ensure that tournaments are graded so that teams are only pitted against other teams of similar ability?
Posted by Total Flanker at 16:15 4 comments: Links to this post 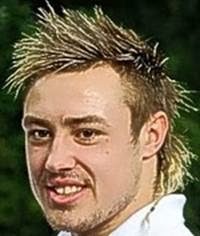 
Have to say I really enjoyed my day out in Edinburgh.
For once I was quite pleased to hide inside Jack’s horrible yellow scrumcap - otherwise I’d have ended up all wet and muddy and smelling of garlic and my glorious magnificence would have been utterly ruined. And no one wants that, do they, especially my legions of adoring fans.


As things turned out I managed to stay dry and my radiant splendour was there for all to see at the end. Some say the crowd were cheering at the sight of the Calcutta Cup being raised. You and I know otherwise, don’t we?


Next up those pesky Irish and my long awaited meeting with Gordon D’Arcy’s beard…
Posted by Total Flanker at 18:08 No comments: Links to this post

You decide.
Posted by Total Flanker at 21:07 3 comments: Links to this post 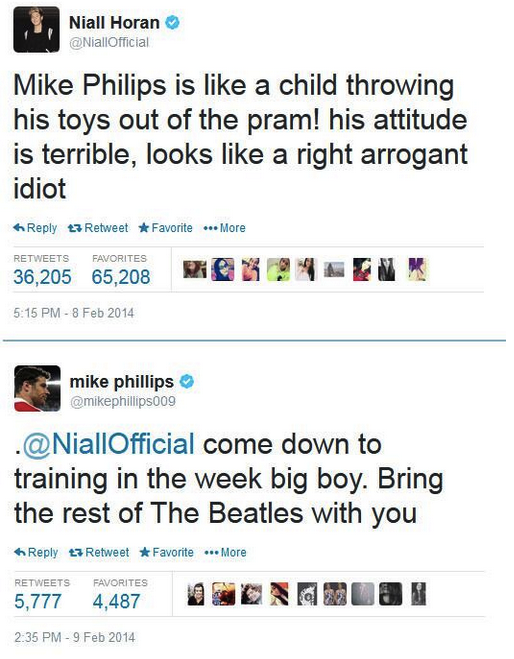 Posted by Total Flanker at 18:13 No comments: Links to this post

Twickenham, we have a problem

Encouraging win for England at Murrayfield. But if England are going to beat Ireland at HQ in a fortnight then Stuart Lancaster is going to have to tinker with his bench...

Posted by Total Flanker at 17:42 No comments: Links to this post

Six Nations 2014: Behind the Scenes at England Rugby #3

More guff and nonsense during the build up to another Six Nations weekend.


It appears that the RFU and O2 are launching a “Wear the Rose” 360-degree virtual reality headset that recreates England rugby squad training experience.

According to the blurb the headset allows the wearer to participate in drills directed by Mike Catt and team talks from Chris Robshaw, as well feel what it is like to be tackled by Tom Youngs or receive a pass from Mike Brown.

Unfortunately the technology is unable to replicate what it feels like to be tackled by Alex Goode owing to a shortage of data.
Posted by Total Flanker at 18:02 No comments: Links to this post

Posted by Total Flanker at 18:57 No comments: Links to this post

It is being widely reported that England Rugby League star Sam Burgess is "on the verge" of making a switch to Ruby Union with a view to playing for England in the 2015 World Cup.
There’s no doubt that the South Sydney Rabbitohs loose forward is a fine rugby player. The question is, where on earth would England play him?
Expecting him to pick up sufficient skills and nous to play in the England pack in such a short timeframe is surely a non-starter.
However, if (as is being rumoured) he is expected to occupy the number 12 shirt, we need only to look at the phenomenal success of the last English Rugby League forward who was selected to play inside centre for England – Andy Farrell.
Oh wait…
Posted by Total Flanker at 18:14 No comments: Links to this post


Back in training now after the disappointments of Saturday. Not only a defeat, but also stuck inside that awful yellow scrumcap all game.
I keep telling him: ‘What’s the point in having such a beautiful Barnet if you hide it away inside that yellow monstrosity?’
One thing’s for certain, I wouldn’t have let young Jack drop that kick off if I’d been freed from my sweaty incarceration.

I’m also damned sure he wouldn’t have cramped up towards the end of the match and that Fickou kid would just have been too intimidated by my magnificence to score that last gasp try.

It’s really the people of Paris I feel sorry for. Yes, their team won, but they must be devastated that they were denied the opportunity to feast their eyes on my splendour.

Still, I am currently flowing wild and free as we train at Pennyhill Park, doing my best to ignore the admiring glances I’m receiving from young Jack’s team mates and the coaching staff.

So, first up, the burning issue for this week is this:

Will JONNY MAY'S NOSE be fit to face Scotland? 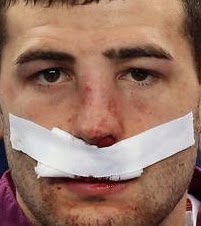 And, more importantly, how does he smell?

(All together now)…BLOODY TERRIBLE!!! :)
Posted by Total Flanker at 19:29 No comments: Links to this post

Email ThisBlogThis!Share to TwitterShare to FacebookShare to Pinterest
Labels: Burning Issue of the Week, England, Jonny May, rugby, Six Nations 2014

The England camp appear to be bemoaning their failure to "close out the game" against France.

What on earth does "close out the game" mean?

From what I saw on Saturday it largely meant kicking the ball to the French - an interesting tactic given that they had spent the previous 30 minutes denying France possession.

Just saying.
Posted by Total Flanker at 17:32 No comments: Links to this post

Having slept on it I have come to the inescapable conclusion that England's defeat in Paris yesterday, narrow as it was, was almost entirely of their own making.

Not only were the first couple of French tries of the somewhat soft variety from a defensive perspective, having hauled themselves back into the game and established a winning position, England then promptly shot themselves in the foot.

Instead of continuing with the dynamic and direct ball-in-hand rugby that had seen them dominate the 3rd quarter, England appeared to switch to defensive mode, attempting to contain France and defend a 5 point lead - a ploy which ultimately failed.

The England cause also wasn't helped by the seemingly obligatory emptying of the bench. Yes, Ben Morgan and Tom Youngs made inroads into the French defence, but the control that England had exerted for previous 30 minutes was lost and the French were able to re-establish not only momentum but, crucially, self-belief.

The rest, as they say, is history - and I only hope that England learn from this.

Meanwhile, in Cardiff, Italy showed again that they are no longer pushovers in this tournament whilst Wales were very, very, ordinary. On this form there will be no third straight championship for the men in red - although having said that Wales were still several notches above their performance in the  opening fixture last year and we all know what happened then...
Posted by Total Flanker at 10:15 No comments: Links to this post

A question of experience 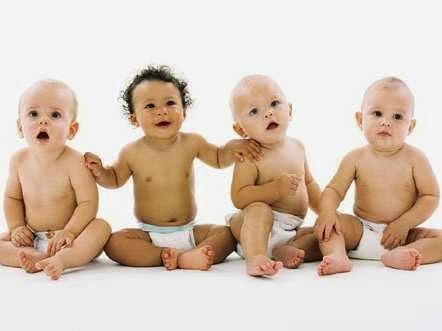 Much is being made of the inexperience of the England backline selected to take on France in Paris this afternoon.

With the likes of Luther Burrell and Jack Nowell making their debuts and with Johnny May and Billy Twelvetrees still in single figures as far as international caps are concerned, I'm sure the naysayers will be out in force should England lose.

'Too callow, too green, too young' will be the call, led no doubt from the sports pages of the Sunday Times.

Of course, what no one has an answer to is this: how on earth are players supposed to gain experience if they are not selected to play?

Just saying.
Posted by Total Flanker at 08:19 No comments: Links to this post