Bit of a muddle 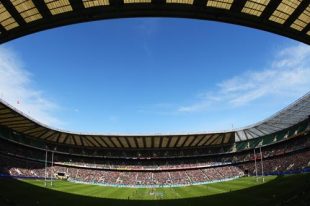 So, the verdict on England's November campaign? A bit of a mixed bag.

And what did we learn?

That England can push New Zealand and South Africa close(ish)? Nothing new there.

That England can bully the Aussie pack? Ditto.

That George Ford is an international quality outside half? Yes, certainly.

That England haven't a clue what their centre combination should be? Without a doubt.

Not only do England not know who they should be picking, they also appear not to know what type of player they are looking for:

At no point did the selectors see fit to pair George Ford with a bona fide strike runner in the midfield. OK, so Manu Tuilagi was injured, but at various times both Luther Burrell and Jonathan Joseph were available but ignored.

Consequently England's back play, much improved during the 2014 Six Nations, is now once more all a bit of a muddle.
Posted by Total Flanker at 15:01 1 comment: Links to this post

England expects…but so does Mrs Attwood

England remain hopeful that lock Dave Attwood will be available to face the All Blacks on Saturday, with the birth of his first child imminent.

It appears that England are pinning their hopes on Mrs Attwood producing Attwood Jnr prior to Saturday's match, with several commentators suggesting that, if push came to shove (so to speak), the England forward should choose to play against New Zealand rather than attend the birth.

To me there's only one choice. Whilst admittedly the chances of me ever facing the All Blacks are a tad  remote, I would not have missed the birth of my kids for the world.
Posted by Total Flanker at 20:25 2 comments: Links to this post