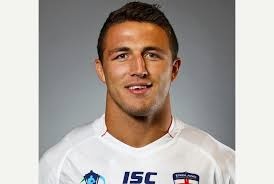 Only a superhuman effort by Sam Burgess will see him picked for the England RWC 2015 squad.

Then again, there are those who would have us believe that he is, indeed, superhuman.

Although sceptical of his chances, I would be delighted to be proved wrong and there is no doubt in my mind whatsoever that Burgess should be included in the England training squad for the forthcoming 2015 Six Nations. Stuart Lancaster has an obligation to leave no stone unturned in his efforts to produce as strong a team as possible for next autumn - and the best way for Lancaster and his coaches to assess the progress of Sam Burgess is to see him first hand.

The same goes for Steffon Armitage. I remain unconvinced by Armitage's claims to an England shirt and am fully behind the principle of excluding players from England duty if they are based abroad. Principles, however, can and should be set to one side for the next 12 months. Get him into the squad, have look and see if he's good enough...
Posted by Total Flanker at 19:02

Those are my principles, and if you don't like them... well, I have others.