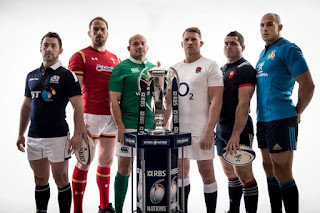 Well done to Ireland for a fully deserved victory against England in Dublin on Saturday. It's not as if England could have been surprised by how well the Irish played but they had no answers and Ireland could and perhaps should have won by more.

All good things come to an end and, while it's a shame that the double Grand Slam wasn't achieved, it may prove beneficial in the long run that England's winning streak is now at end. Back-to-back 6 Nations champions is still something to be proud of but perhaps now all the nonsense about "greatness" can be mothballed indefinitely.

Of course the Dublin encounter followed a France v Wales match in Paris which will live long in the memory for all the wrong reasons. TWENTY minutes of added time at the end in which the Welsh kept giving away penalties knowing that the French would opt for yet another scrummage, a piece of blatant cheating by the French faking an HIA to enable a better scrummager to re-enter the fray, attempts by Wales not to replace a yellow-carded prop to try to engineer uncontested scrums, bite marks on George North's arm that the French coach suggested were self-inflicted (!) and a seemingly bewildered Wayne Barnes - all contributed to an utterly farcical conclusion to the match.

Anyway, for what it's worth, here's my team of the week:

sesenta y cuatro said…
This proves the Welsh aren't fit enough to play international rugby. They play very well for 80 minutes but then they crumble in the last 20.
20 March 2017 at 20:33

PACSFerret said…
Dunno if its fair to critise Barnes too much. Its been said he should've given a pen try but at no specific instance did the French look like they were going to *probably* score. Having said that, he did have the option of yellow for persistent infringing. Whether the 4th official should be spared critisism.. thats another matter.
21 March 2017 at 16:48