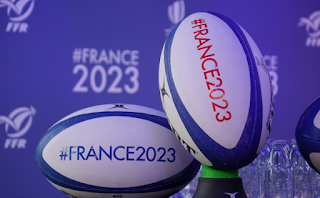 So, at the end of what was supposed to be a fair and transparent process, it was France who was today announced as the “surprise” host of Rugby World Cup 2023.

This, despite World Rugby having made public an independent technical evaluation report last month which recommended South Africa as host.

Unfortunately for South Africa the report, commissioned by World Rugby in the interests of transparency, was not binding on members of World Rugby’s council and so ultimately failed to prevail in today's (not so transparent) secret ballot, instead succumbing to intense lobbying (particularly by the French and the other contenders, Ireland) and the customary horse-trading amongst members.

The biggest surprise, however, is that anyone is surprised by the outcome. Plus ça change etc...
France Ireland rugby Rugby World Cup 2023 South Africa World Rugby