Is more in fact less for Premiership Rugby? 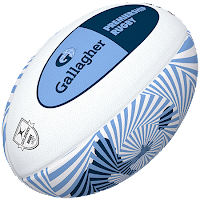 The new season structure - effective from next season - announced by the RFU,  Rugby Players’ Association and Premiership Rugby this week is, in many ways, ground breaking.

The new structure would appear to feature more rugby - with an elongated campaign stretching into the summer, but also less rugby - with in-season breaks for top players and a mandatory five-week off season.

The media focus this week has, however, mainly been on the detrimental effect this may have on Lions tours, with tours being reduced to 5 weeks and not finishing until early August.

The Lions concept has, of course, been on a slippery slope for years and remains something of an anomaly in the professional era - and what the media furore misses is the fact that the abridged 5 week tour was actually agreed by World Rugby in San Francisco some 18 months ago to general media apathy.

Yet when the big, bad English clubs organise their league structure to fit around an already established principle, the same media get all agitated.

I’ve said it for a long time – although I’d be sad to see it go, the Lions concept needs a radical re-think if it is going to stay relevant.

Meanwhile the jury is out on Premiership Rugby's plans - is less in fact more, or is more in fact less? I guess we'll have to wait and see...
Posted by TotalFlanker at 00:09