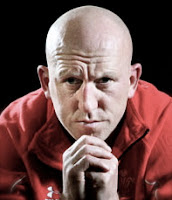 As part of England's search for a successor to Eddie Jones next year, Nigel Melville, acting CEO at the RFU, apparently wants to speak to (among others) Warren Gatland, who leaves his role with Wales after the World Cup.

While Gatland has an undeniably proven track record I can't help feel that the RFU may be missing a trick here.

I am referring, of course, to one of Gatland's lieutenants, Shaun Edwards, whose CV also makes mightily impressive reading:

I would have thought that Edwards was at least worth interviewing?
Posted by TotalFlanker at 18:11